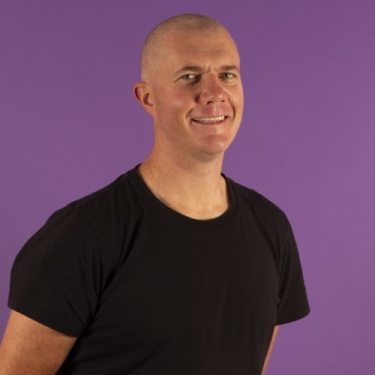 There are currently more than 70 million displaced people around the world. Almost half of them are working age and yet most are shut out of formal economies, denied the right to work where they are and restricted in competing for overseas roles. This is a global humanitarian crisis - reason enough to act.

From a business perspective, it’s also a huge waste of talent. This crisis is an opportunity for Australian businesses and government to do the right thing while reducing the impact of technology skills shortages on our national economy.

As a company that makes software for the financial services industry, these skill shortages are a pressing concern for Iress and it’s an issue for the entire technology sector. Whether you’re running an established tech company, or engineering teams within a business or a startup, we’re all looking to find enough high-quality software engineers.

It’s likely that these pressures are only going to get worse unless we think differently about the challenge. In a report commissioned by the Australian Computer Society, Deloitte Access Economics estimated that demand for technology workers will grow by 100,000 between 2018 and 2024. And yet our universities produced less than 6,000 technology graduates in 2017.

Tapping into displaced talent is one strategy technology companies could and should be making better use of. Talent Beyond Boundaries (TBB) focuses on creating skilled pathways for refugees and other displaced people. Iress first became involved with TBB a couple of years ago through a common director, John Cameron. TBB had established a mechanism for collecting and sorting refugee CVs, and our team worked with TBB on the interview process for potential recruits. Last year, two Syrian software engineers joined our Australian teams in full-time roles as part of the TBB program — Derar Alkhateeb in Sydney and Tarek Mulla in Melbourne.

I’ve been involved with a lot of corporate social responsibility work over the years but have always felt the same sense of frustration. I’m a great believer in giving time rather than just donating money and yet, even when our people give up significant amounts of time to train for a fundraising run or spend a few hours every month in a soup kitchen, how do you measure your impact as a business? Have you changed anything?

Derar and Tarek joining our business has been a completely different experience for people in our Melbourne and Sydney offices. This is the most impactful initiative we’ve been involved with because you see somebody’s life-changing when you work alongside them every day. And yet it also feels normal because we have so many people from different cultures in our teams. It’s now become an established talent pipeline for the business and our UK team has since hired another software engineer through TBB.

Although Derar and Tarek were of course happy to have the life-changing opportunity, relocating to a new place, with few of the social support systems you or I enjoy, has not been easy. Coming to Australia on the Temporary Skills Shortage Visa (subclass 482) has also created problems. On this skilled visa, they pay taxes but don’t get access to a whole range of humanitarian support services available to other refugees.

In a recent government submission, TBB called for the creation of a new employer-led visa scheme. This would be open to displaced workers whose skills are in high demand in Australia. It proposed a relaxation of some requirements to level the playing field for refugees at the point of application including costs, skills validation, documentation and English test requirements. It also requested they receive the same health visa conditions that apply to humanitarian entrants, as well as access to settlement support, Medicare, language education and schooling for children.

I was part of a group led by TBB that met the Minister for Immigration, Citizenship, Migrant Services and Multicultural Affairs, David Coleman, in early November to discuss the development of such a displaced talent scheme. I’m excited to see earlier this month the Government announced it will be working with TBB to roll out a two-year Skilled Refugee Pilot offering skilled employment in Australia to up to 100 people.

But this displaced talent scheme is something the whole industry should get behind. TBB already has about 600 technology professionals on its platform and that number would be sure to grow significantly if there were clear pathways to employment in one of the world’s most liveable countries. Demonstrating an appetite for providing those opportunities within our businesses would go a long way to helping make this scheme a reality. And it’s much more rewarding than anything else your business will do this year to make a difference.

More in this category: Lockdown caused cyber crime spike, says Radware »
BACK TO HOME PAGE
back to top