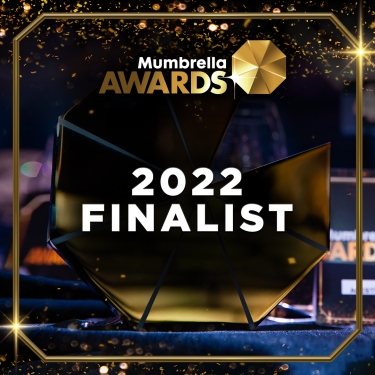 EVEYarra Valley Water’s Water Watchers campaign has been named a finalist in the Sustainable Practices category of the 2022 Mumbrella Awards, which will be held on 4 August 2022 at Royal Randwick (Australian Turf Club).

The fun and educational campaign encourages primary school children and families across Yarra Valley Water’s service area to place a ‘Water Watcher’ character on their taps at home.

The four available characters—Welly, Washy, Wavy, and Wade—are aliens that have relocated to earth after their planet became uninhabitable because it ran out of water. They sit on taps and act as a visual reminder to turn taps off when they’re not in use.

The goal of the campaign is simple: to educate young Victorians that water is a precious resource, and everyone needs to save as much as possible. Ultimately, it creates a moment in children’s homes that encourages action and water saving behaviours.

“We had a lot of fun planning and executing the Water Watchers campaign, and we’re thrilled that it has been recognised by Mumbrella as a meaningful and important sustainability campaign,” said Yarra Valley Water managing director Pat McCafferty.

“We wanted to let our customers know that water conservation can be a fun and memorable experience, and I’m confident we achieved that.”

“We received overwhelmingly positive feedback about the campaign, which is a credit to our team at Yarra Valley Water,” McCafferty said.

The campaign supports the Victorian Government’s Target 155 campaign, which encourages Melburnians to reduce their average daily individual water usage from 159 to 155 litres a day.

You can learn more about the awards by visiting the Mumbrella website. And more information about the Water Watchers campaign can be found here.

BACK TO HOME PAGE
Published in Guest Events

More in this category: « The way out of the supply chain crisis is digitisation and analytics, supply chain experts say
Share News tips for the iTWire Journalists? Your tip will be anonymous