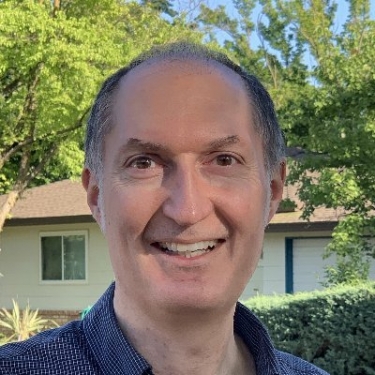 Wireshark, an open source tool, is the world’s foremost and widely-used traffic protocol analyser with more than 60 million downloads in the last five years, an average of one million per month. Loris Degioanni, chief technology officer and founder of Sysdig, partnered with Gerald to launch Wireshark more than 15 years ago. Gerald joins Sysdig’s open source team, which is a significant contributor to many open source projects, including Falco, eBPF, Sysdig open source, Sysdig Inspect, and other tools and libraries. With Gerald joining, Sysdig assumes responsibility for sponsoring and managing the Wireshark community and extending Wireshark’s use cases to the cloud ecosystem.

Wireshark takes packet captures and saves them for later viewing. Teams can filter through that traffic to find evidence from an incident. With more than 1,900 contributors, the number of integrations continues to expand. Adoption is broad as Wireshark can be used consistently across nearly any environment, including Windows, Linux, and macOS, among others.

“It’s amazing to see the lasting heritage of Wireshark, led by Gerald. You can guarantee most of the Fortune 2000 are actively using Wireshark,” said Degioanni. “I am excited to be reunited with Gerald and to advance the project in the same way Sysdig supports Falco and the Sysdig open source project. This move ensures Wireshark will continue to innovate. Our goal at Sysdig is to empower Wireshark.”

The Wireshark story
While studying network analysers and creating a popular open source tool while working on his PhD in Italy, Loris was invited to the United States to do research on packets, which is where he met Gerald. Gerald joined Loris at CACE Technologies in the early 2000’s, where they collaborated and grew Wireshark.

CACE Technologies was later acquired and since that time, Gerald has focused on growing the tool and ensuring Wireshark and its community have the resources needed to thrive.

“I am excited to be reunited with Loris and explore the opportunity we have to expand Wireshark to the cloud,” said Sysdig director of opern source projects Gerald Combs. “My move to Sysdig and the subsequent move for Wireshark will give Wireshark the corporate sponsor it needs to continue moving forward. This is a significant milestone for Wireshark and with Sysdig’s backing, we will have the assistance we need to continue to evolve use cases for Wireshark.”

The Wireshark Future
Sysdig will ensure the community has the backing it needs, including supporting Gerald as the leader of the community, ensuring Wireshark has the resources needed to operate, and sponsoring SharkFest. Sysdig has an open source team that will contribute to Wireshark. Working together, Gerald and Loris will investigate new innovative ways to address challenges with securing the cloud.

Sysdig’s commitment to open source
Sysdig was founded as an open source company and the Sysdig platform was built on an open source foundation to address the security challenges of modern cloud applications. Open source Sysdig and Falco are projects that were created by Sysdig to leverage deep visibility as a foundation for security, and they have become standards for container and cloud threat detection and incident response. Falco, which was contributed to the CNCF in 2018, is now an incubation-level hosted project with more than 40 million downloads.

More in this category: « Flashpoint earns 2022 great place to work certification HID Global forecasts seven trends that will impact the security and identity industry in 2022 »
Share News tips for the iTWire Journalists? Your tip will be anonymous