Blockchain technology and the labour market 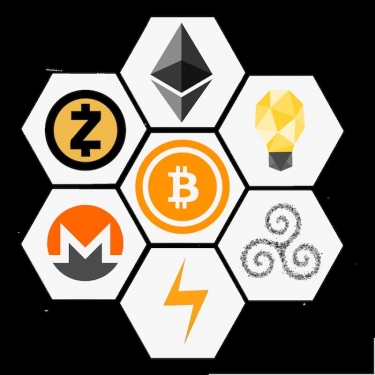 GUEST OPINION: Blockchain and cryptocurrencies are causing changes not only in the financial world but also in the labour market. In this article, we will look at the impact blockchain technology has on the modern labour market and what to expect in the near future.

The impact of blockchain on the labour market

The emergence of blockchain technology has revolutionised the financial industry over the past decade. With the appearance of cryptocurrencies, individuals worldwide have gained access to a decentralised form of money. This allowed them to experience a new type of financial freedom that wasn’t previously available.

Because of this, the mainstream media mainly associates blockchain with finances and crypto. However, the truth is much broader than that. This technology has been disrupting an increasingly large number of industries, especially since the introduction of smart contracts — self-executing contracts where the terms of the agreement between the buyer and the seller are directly written into lines of code.

In this article, we take a closer look at how blockchain technology impacts the labour market. Additionally, we analyse how its public ledger improves the labour process in various sectors and leads to new forms of employment.

Smart contracts have been around since the release of the Ethereum network in 2015. Consequently, they have contributed to the automation of labour-intensive processes in various industries.

They have allowed blockchain technology to replace manual labour in such fields as agriculture, logistics and healthcare, among others. The improvements are undeniable, as this automation reduces human error and streamlines the operational processes.

However, as was previously the case with the introduction of robotics, some fear that blockchain might negatively impact the labour market. People worry that shifting systematisation of labour for tasks previously requiring humans were previously might lead to mass lay-offs and redundancies in affected industries.

In reality, these fears have been unfounded, as there is no proof blockchain is reducing employment whatsoever. Instead, blockchain can open up new forms of employment and shift the labour market in a positive direction.

The legal sector has been shown to be very resilient to change and therefore improvement. Even in developed countries, bureaucracy is still king, rendering legal processes opaque and difficult to manage. Moreover, the dependence on archaic principles for legal processing makes people doubt their legal system and question the integrity of the data.

Blockchain technology can make the entire system more transparent and accessible to anyone. As such, it can provide all participants in the judicial system with free access to all the information in legal cases, ensuring data integrity.

But how will this create new jobs for humans?

Here are a few examples of potential new roles blockchain will create within the legal sector:

Moreover, blockchain automation can allow jurisprudence workers to save more than 40% of their time, which is usually reserved for redundant administrative tasks. This can not only free up precious man-hours but will also avoid human errors in this crucial sector, where even a tiny mistake can irrevocably change a person’s life.

Overall, blockchain technology might increase the job market in the legal sector by creating a demand for smart-contract experts that specialise in the art of law. This shouldn’t impact existing jobs, considering that the technology mainly brings quality-of-life improvements and optimisation of processes for legal practitioners. However, down the line, we may see demand for particular types of attorneys decrease (for example, divorce attorneys) as many issues will be avoided through pre-signed smart contracts.

Another sector experts consider to be immovable is the banking industry. This industry has been facing issues of managing administrative tasks for years. Banks are constantly having trouble keeping up with the amount of data generated from the rising numbers of users. What’s more, they must constantly monitor, cross-reference and keep this information private.

To solve these issues, financial institutions usually need to employ centralised and non-transparent solutions. Blockchain, on the other hand, provides banks with an infallible record-keeping system that tracks user data continuously.

Additionally, cryptocurrencies like bitcoin can be used as an alternative payment method to cut operational costs.

Some cryptocurrency-specific job opportunities in the banking industry include:

In addition, there are already several privacy protocols that help keep transaction information secure and private at all times. As a result, blockchain can open up new jobs in banking that require the implementation of protocols for data integration and privacy.

The supply-chain industry is the one that will benefit the most from blockchain technology.

Logistics tend to suffer from a lack of end-to-end visibility in the supply chain, leading to delays or parcel losses. Fraud and grey-market trading (an unofficial market for financial securities) can also heavily and negatively affect this sector.

However, as explained in a Hindawi academic

Blockchain, therefore, brings complete traceability through IoT integration, allowing more trust in the process. Additionally, thanks to data immutability, it can eliminate fraud entirely as each product can be traced back to its source.

Consequently, IoT and data-sharing experts will be in high demand as blockchain makes its way in the logistics industry.

In addition to the aforementioned sectors, blockchain can also be used as a cost-effective solution to the problem of outdated administrative systems used in third-world countries, which are usually riddled with fraud and corruption.

On a practical level, these outdated systems hinder any prospect of development for the region because they perpetuate the vicious cycles of poverty and social injustice caused by such corruption.

This is why administrative workers in these countries would benefit greatly from blockchain implementation. It can become an economical solution to the flaws in the existing systems. We are already seeing how El Salvador is saving hundreds of millions lost in remittance costs simply by switching to a “Bitcoin standard”.

Additionally, Cardano is already working to provide African countries with robust and trustworthy technology and help them regain confidence in their governments through decentralisation. Charles Hoskinson, Cardano CEO, has a vision for economic identity and empowerment, sustainability and an increase of financial inclusion across the African continent, which involves training five million young Ethiopians on how to use blockchain technology and help spearhead their country’s economic development.

This could lead to a fairer hiring process in government institutions in many third-world nations. In turn, it would pave a path for educated individuals to advance in all sectors of the economy.

As with every technological advancement, the emergence of new jobs related to blockchain is inevitable. As we deploy blockchain increasingly across various industries, the number of tech-related work positions is rising continuously. The labour market is already seeing a considerable increase in blockchain-related job positions, touching on almost every industry.

However, blockchain can do so much more for the job sector than just creating new types of employment. Because of the nature of blockchain technology, existing labour relations are already changing. Automation can turn some labour-intensive work into part-time jobs, and fixed administrative posts are transformed into fully remote job positions.

Blockchain technology is continuously implemented in various industries for the many advantages it brings. This increased adoption worries some experts, who believe blockchain automation might be a direct cause of future unemployment rise.

However, throughout this article, we have seen not only that blockchain does not eliminate work positions, but it also creates new ones. Additionally, it might just revolutionise the entire labour market – and even whole economies in many third-world nations.

In either case, blockchain technology is bound to improve the work sector and provide more variety in the job market.

I felt it was necessary to add this as it wasn't stated but is clearly the main import of the article.

I also note from this list of new jobs created from blockchain that nearly all of these are simply a new branch of legal cases that arise because of blockchain's existence – there aren't any examples provided about how the actual technology of blockchain will create jobs. This seems a significant omission in terms of what will be lost.

If the only real new jobs to come from blockchain concern blockchain-specific skills, that basically means it will create a whole new sphere of work in the same way that IT specialists as a job didn't exist before computers – in which case it seems most appropriate to state that at the beginning.

As for those administrative assistants who used to be employed to plough through the mountains of legal bureaucracy, it sounds like blockchain still makes them redundant – so unless they can suddenly become blockchain legal experts, they are out of luck!

BACK TO HOME PAGE
Published in Guest Articles
More in this category: « The increasing costs of how we treat cheap labour Tips to find the best gaming PC chair »
Share News tips for the iTWire Journalists? Your tip will be anonymous