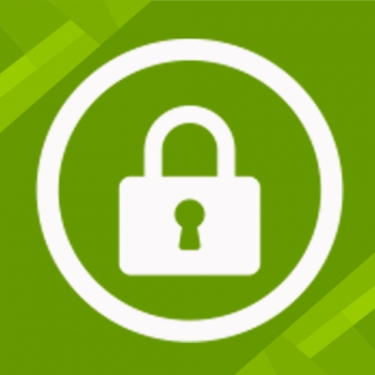 Guest Opinion: WhatsApp is among the most widely used platforms in the world, and most users stick to it because of its supposed strong security protocols and a strong focus on user privacy. However, is WhatsApp really as secure and privacy-friendly as they claim?

WhatsApp spy research from CellTrackingApps.com indicates otherwise. While we’re not trying to say that WhatsApp isn’t secure or that it doesn’t take any care of its customers, some red flags have been popping up in the past couple of years, and we’re here to address them. In this article, we’ll do over the 5 biggest WhatsApp scandals and security concerns so far.

Since this scandal is the most recent, we’ll discuss it first. Recently, the general public was warned and informed that WhatsApp has been sharing user information and metadata with Facebook since 2016. The weird thing about this scandal is that WhatsApp claims to be one of the most secure messaging apps on the market with a strong focus on protecting users’ privacy.

Now that this recent information has come to light, many WhatsApp users are wondering whether WhatsApp really does care about user privacy as much as it claims to be. While it is true that neither WhatsApp nor Facebook can access your private messages, they can still access a plethora of other user insights and use them for different, undisclosed purposes.

This information includes stuff like phone numbers, logs of how often and how long you use the WhatsApp application, how you interact with other users, what your habits and interests are, IP addresses, cookies, location, and phone information, among others.

Phone tracker researchers also note that WhatsApp is notorious for different types of snooping and spying - not by its creators, but by other third-party malicious actors who have examined the app, identified its weaknesses, and decided to use them to their advantage. This is precisely the main topic of this devastating WhatsApp snooping scandal.

This scandal started on October 30th, back in 2019, when Facebook, which is actually WhatsApp’s parent company, announced that Pegasus software was used to target renowned Indian journalists, lawyers, activists, and government officials. Pegasus software was developed by the NSO group and this whole thing came to light when WhatsApp filed a court case in the Californian court.

Many were angry about this, wondering how one of the most secure messaging apps could allow such a massive privacy breach. However, WhatsApp claimed that they had alerted the Indian government twice - the first time in May, and the second time in October of that same year.

While this isn’t a security scandal per se, it is still a big concern that deserves a separate mention in this article. Almost all of us use the WhatsApp backup option to save important messages. Since it offers stealth end-to-end encryption, a large number of users use this platform solely for transferring important information.

The whole purpose of this type of encryption is to conceal messages and deem them unreadable until they reach the target device so that hackers and other malicious actors wouldn’t be able to intercept them. However, once they’d arrived to your device, they’re no longer safe.

In terms of WhatsApp backup, you can choose between cloud-based backup and local backup. On Android, the messages are saved on Google Drive, while on iPhone, they’re saved on iCloud. Files that are stored on these two platforms are actually not encrypted. So, if someone managed to access your Gmail account, for example, they’d be able to grab and read all backed-up WhatsApp messages. Scary, right?

WhatsApp web is a great tool that allows you to access your WhatsApp directly from your computer via the internet, instead of having to download and use laggy operating system emulators. This is a widely used feature because we all know that we can only use WhatsApp on a single phone. So, adding another option is a great way to catch up with all the responses.

You can access WhatsApp web by going to WhatsApp web’s website, scanning a QR code on your mobile phone, and you’ll see your whole conversation list in the browser.

However, did you know that WhatsApp web is also among the most popular ways to disperse malware and other exploits on WhatsApp? So far, we’ve seen instances where hackers tried to pass off malware-laced WhatsApp desktop software as legit, while others have tried to create phishing websites in hopes of stealing your login credentials.

Among other platforms, WhatsApp was one of the main media targets for spreading fake news and various hoaxes. Whether the platform itself is to blame for these issues, it’s up to you, but the fact of the matter is that everyone should do better in terms of filtering information that can do more harm than good.

Back in 2018, there was a massive scandal involving WhatsApp and Brazilian government elections. As stated in various reports, WhatsApp was the main source of fake news during that period. This went as far as people creating companies and hiring people only to spread misinformation through WhatsApp, mostly against the candidates.

BACK TO HOME PAGE
Published in Guest Articles
More in this category: « Productivity and profitability: how disruption creates opportunity Dubber adds compliant video recording for Cisco Webex meetings »
Share News tips for the iTWire Journalists? Your tip will be anonymous