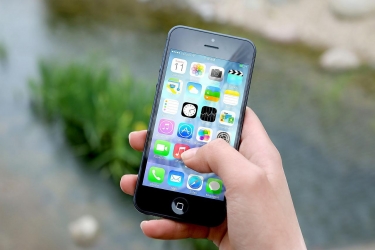 Germany's competition body has launched proceedings to investigate Apple's rules on tracking third-party apps, casting doubts whether it gives the US tech giant preferential treatment or hinder other companies, according to reports.

According to TechCrunch, Apple is facing probe for its framework as it is alleged that Apple could be breaching competition rules by self-preferencing or creating unfair barriers for other companies.

Advertisers or app publishers use tracking to display targeted advertising on websites and apps. It's more crucial if the apps are free or charge and rely on advertising.

The Financial Times reports that the new tracking rules brought significant changes for big tech companies. Citing adtech company Lotame, the report said in October 2021, Facebook, YouTube, Twitter, and Snapchat lost 12% of its revenue in 3Q and 4Q 2021 worth US$9.85 billion ($14 billion).

Preliminary findings suggest Apple was not subject to the rules of the framework, according to Mobile World Live.

"A corporation like Apple which is in a position to unilaterally set rules for its ecosystem, in particular for its app store, should make pro-competitive rules. We have reason to doubt that this is the case when we see that Apple's rules apply to third parties, but not to Apple itself," said Bundeskartellamt president Andreas Mundt.

This is not the first time Apple faced probe. In June 2021, Germany sought a separate investigation against the tech body, accusing the company of digital dominance and creating an ecosystem centred around its iPhone and iOS.

This first appeared in the subscription newsletter CommsWire on 16 June 2022.

BACK TO HOME PAGE
Published in Government Tech

More in this category: « ACMA and New Zealand’s Internal Affairs fight unlawful spam and scams ACMA warns Symbio for failing to investigate scam calls »
Share News tips for the iTWire Journalists? Your tip will be anonymous