ZTE gets chance to present more info to US over ban 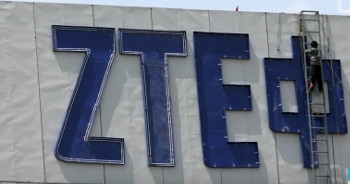 Chinese telecommunications equipment maker ZTE has been granted an opportunity to present additional evidence over the export ban imposed on the firm by the US Commerce Department.

A report in The Wall Street Journal said a Commerce Department official had said late on Friday that while ZTE did not have the rights to make an administrative appeal, the additional information would be received through informal procedures shortly.

In the interim, the official said imposing a stay on the sanctions, which mean that American companies cannot supply any components to ZTE, was not appropriate.

The Commerce Department said the ban was imposed because of false statements made by the company during talks in 2016 over a charge of shipping telco equipment to Iran and North Korea. The employees who facilitated these sales were supposed to be fired.

Subsequently, the Department of Commerce claims to have found that statements made by ZTE to the department's Bureau of Industry and Security in 2016, during settlement talks, and in 2017 over disciplining the guilty employees, were false.

But, in a statement, ZTE claimed that the ban had been promulgated "ignoring the continuous diligent work of ZTE and the progress we have made on export compliance and disregarding the fact that:

The WSJ said it was unclear as to what kind of additional information ZTE planned to present and whether it would have an effect on the sanctions that have been imposed.

The company said in the statement: "The denial order will not only severely impact the survival and development of ZTE, but will also cause damages to all partners of ZTE including a large number of US companies."

More in this category: « COAG pushes for more support to innovation precincts Report claims Kaspersky Lab could face ban on operating in US »
Share News tips for the iTWire Journalists? Your tip will be anonymous