What Huawei did next: it's an influencer, shrieks British paper Featured 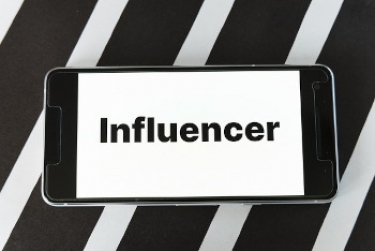 The roster of disreputable organisations and individuals that have been associated with Chinese telecommunications equipment provider Huawei Technologies by Western sources to blacken its name never ceases to surprise. But the latest connection takes the cake: there are claims that former MI6 officer Christopher Steele, of Donald Trump fame, helped craft a report that accused Huawei and China's government of trying to manipulate British peers and MPs.

The Telegraph reported that the Chinese firm had dismissed the claims as unfounded allegations that had no basis in fact. Other source told the newspaper they were of the opinoon that the telco was being targeted by an American propaganda campaign to keep it out of the UK's 5G networks.

The report in question was funded by American film producer Andrew Duncan who paid Steele and his company, Orbis Business Intelligence. Another dossier which Steele produced contained salacious allegations about Trump, tying him to Russia and claiming Moscow had a compromising sex tape of Trump.

Many of the high-profile people named in the report are said to have denied being influenced. In some cases, these were former British officials who now work for Huawei, making the accusations the height of silliness.

Tory MP Sarah Wollaston denied knowledge of any covert PR campaign, pointing out that her only contact with Huawei was an offer to sponsor an event to mark the 40th anniversary of the select committees system.

She had rejected the offer, she said, adding, "If they tried to influence me, they did not get very far."

The story about the report has broken at a time when Britain is about to make a final decision on what role, if any, it will give Huawei in its 5G networks. A decision taken in January to allow the firm to supply up to 35% of gear for the non-core part of networks has been put on ice after American pressure during trade negotiations.

The Telegraph said it understood that allegations in the report included a claim that Huawei ran a covert program to influence senior British figures. It also claims that Huawei tried to hack into a centre set up by the GCHQ to monitor the Chinese firm's role in the 5G network.

China's UK ambassador Liu Xiaoming warned on Monday that any change in the existing UK stance on Huawei would send a bad message to the Chinese business community.

A U-turn on allowing Huawei to supply up to 35% of non-core gear for British 5G networks would damage London's image as an open business-friendly environment and meant the UK was forced to "bounce to the tune of other countries", he reportedly said.

A number of other politicians have also poured cold water on claims of influence. Lord Clement-Jones, a Liberal Democrat peer, said there would have been no need to target him as he sits on Huawei's international advisory board.

“My connection to the company is well known. They don’t have to have fake radio shows to reach me as far as I’m concerned. It’s all very baffling. It’s all a fantasy. We are not putty in the hand of manipulators,” Suffolk told the Guardian.

British firms Vodafone, O2, EE (a BT unit) and Three have all rolled out 5G networks, and used Huawei gear in non-core parts of the network. Spanish group Telefonica owns O2 and it has used Huawei’s infrastructure in some of its other networks. O2 has no wide use of Huawei in the UK, but has a network-sharing agreement with Vodafone.

Industry sources have told iTWire that if the UK went ahead with an earlier reported policy of removing Huawei equipment by the end of 2023, it would cost about £7 billion (A$12.9 billion).

More in this category: « Deutsche Telekom has stepped up co-operation with Huawei: claim Monitor's report says encryption law needs just a couple of changes »
BACK TO HOME PAGE
back to top