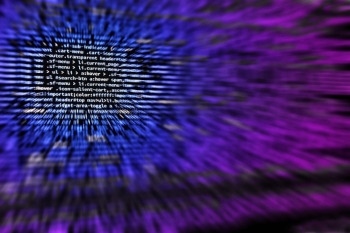 Victoria's information commissioner Sven Bluemmel has raised the possibility that a one-off hack, created to satisfy a demand by law enforcement that access be provided to a particular device, could well end up being re-used with modifications, resulting in a situation which the draft encryption bill has pledged to avoid - systemic weaknesses.

In a submission to the public consultation on the Telecommunications and Other Legislation Amendment (Assistance and Access) Bill 2018, made on behalf of the Office of the Victorian Information Commissioner, Bluemmel said to avoid such situations, any solutions developed would have to be destroyed after they were used.

Apple's user privacy manager Erik Neuenschwander had raised similar concerns in a document filed in court during the stoush his employer had with the FBI in 2016 over gaining access to an iPhone 5C that was owned by one of the terrorists involved in an attack in San Bernardino, California in December 2015.

Home Affairs Minister Peter Dutton introduced the draft bill into Parliament on Thursday last week. The Labor Party has advised caution on proceeding with the bill, while the Greens have said that Australian cyber security "will be significantly diminished by undermining the fundamental principles of end-to-end encryption".

The BSA, the software alliance, a group representing dozens of big software companies, apart from Google and Facebook, has urged judicial oversight and a challenge mechanism for the bill.

Bluemmel questioned whether it was correct to include websites in the list of services which the bill would cover, as it could put a dampener on whistle-blowing "where advocates may have a reasonable expectation that their publications or concerns should remain private and secure".

He said he was concerned that the draft bill would undercut protections for those in special circumstances, such as privilege accorded to journalists under Division 1C of the Commonwealth's Evidence Act 1995.

The fact that bill covered IoT devices provided latitude for increased surveillance, he observed. "I am concerned about the introduction of these powers without significant public debate and I would welcome further consideration to the controls in place for law enforcement exercising these powers," he added.

Bluemmel raised the possibility that any digital solution devised to facilitate access to data by creating weaknesses in the system could also end up being used by malicious actors.

While the explanatory notes to the bill said any person issuing a notice for an agency to co-operate would have to take into account the impact on privacy, cyber security and innocent third parties, Bluemmel said this was not mentioned specifically in the bill itself.

He also raised the possibility that a certificate authority or other PKI provider could be issued a notice by law enforcement and said any weakness created in such systems would cause tremendous reputation damage to the provider.

Based on this reasoning, Bluemmel said PKI and certificate authorities should be not be covered by the technical assistance request or notices.

More in this category: « Encryption bill: Telstra, Optus focus on how they will be affected British spies admit to illegal data collection from rights body »
Share News tips for the iTWire Journalists? Your tip will be anonymous