US will need to invest up to US$50b to increase share in chip manufacture: study 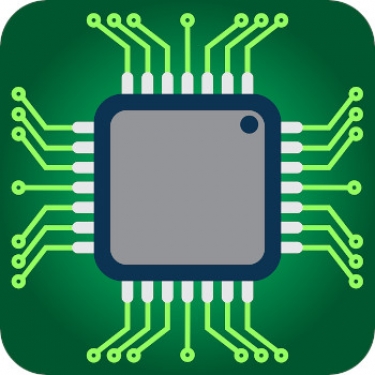 The US will need to invest between US$20 billion (A$27.3 billion) and US$50 billion in new semiconductor fabrication plants if it wants to reverse the trend of the last 30 years which has seen semiconductor manufacturing decline, a study claims.

Compiled by the Boston Consulting Group and the US lobby group, Semiconductor Industry Association, the study pointed out that America's share of semiconductor manufacturing capacity had dropped from 37% in 1990 to 12%.

The study, by BCG's Antonio Varas and Raj Varadarajan, and the SIA's Jimmy Goodrich and Falan Yinug, comes in the wake of conditions imposed by the Commerce Department last month to prevent Chinese telecommunications equipment vendor Huawei Technologies from obtaining semiconductors for manufacturing its products.

Following that, there was a report about China preparing to announce next month that it would spend US$1.4 trillion to become self-sufficient in semiconductor production by 2025.

The SIA criticised the August restrictions, saying it was "surprised and concerned by the administration’s sudden shift from its prior support of a more narrow approach intended to achieve stated national security goals while limiting harm to US companies."

And it added: "We reiterate our view that sales of non-sensitive, commercial products to China drive semiconductor research and innovation here in the US, which is critical to America’s economic strength and national security.”

In the study, issued on 16 September, the BCG and SIA said the trend of decreasing chip manufacturing in the US could influence the country's progress in making the materials needed for the next generation of semiconductors.

Currently, the latest semiconductors can only be made by Samsung Electronics (South Korea) and Taiwan Semiconductor Manufacturing Company. Intel, the largest supplier, announced earlier this year that it would be unable to produce 7nm chips for at least another year.

The study pointed out that the total cost of ownership of a fabrication facility, spread over 10 years, was about 30% higher for the US compared to Taiwan, South Korea or Singapore, and 37% to 50% higher than China.

This was "an enormous gap, considering that the 10-year cost of a state-of-the-art fab, including both initial investment and annual operating costs, ranges between US$10 billion and US$40 billion depending on the type of product," the study said, adding that anything between 40% and 70% of that cost came from government incentives.

Varas, Varadarajan, Goodrich and Yinug said global manufacturing capacity was forecast to rise by more than 50% between now and 2030, meaning there was a chance for the US to attract a new share of future fabs.

"According to our analysis, a US$20 billion to US$50 billion Federal Government program of additional grants and tax incentives for new state-of-the-art fabs built in the next decade would be effective in reversing the last 30 years' declining trend in US semiconductor manufacturing," they wrote.

Depending on the size of the investment, it would be possible for America to double or triple its role in the new additional manufacturing capacity that needed to be developed to meet anticipated market demand, and increase its share to a share ranging from 14% to 24% as opposed to 6% which was what it would have if investment stayed at existing levels.

More in this category: « Fears over ‘permanent’ loss of research talent from university sector with job cuts Citing national security, US bans downloads of TikTok, WeChat »
Share News tips for the iTWire Journalists? Your tip will be anonymous