US states, FTC seek break-up of Facebook in anti-trust lawsuits 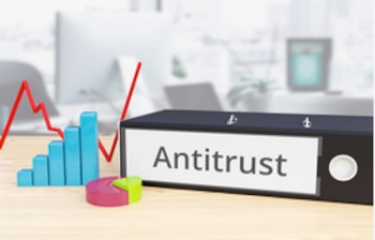 Forty-eight US states, led by New York, have filed a lawsuit against Facebook claiming that the company has illegally stifled competition in order to protect its monopoly power.

At the same time, the Federal Trade Commission also filed a complaint against Facebook in the US District Court for the District of Columbia, the same court where the states' suit has been filed.

The suit claims over the last decade, Facebook has bought up its smaller competitors resulting in reduced privacy and services for consumers.

The suit cited the purchase of Instagram and WhatsApp as particular cases where Facebook had bought up likely rivals, paying well over what could be considered a reasonable price for the two companies.

Instagram had no income at the time it was bought for US$1 billion, even though its own valuation was US$500 million. Facebook founder Mark Zuckerberg had described the US$500 million valuation as "crazy".

WhatsApp was bought by Facebook for about US$19 billion, which New York attorney-general Letitia James' statement described as "wildly more than the extravagant price Zuckerberg had recommended paying a few months earlier and the US$100 million another competitor offered to buy the company two years earlier".

James said: "For nearly a decade, Facebook has used its dominance and monopoly power to crush smaller rivals and snuff out competition, all at the expense of everyday users.

"Today, we are taking action to stand up for the millions of consumers and many small businesses that have been harmed by Facebook’s illegal behaviour. Instead of competing on the merits, Facebook used its power to suppress competition so it could take advantage of users and make billions by converting personal data into a cash cow.

"Almost every state in this nation has joined this bipartisan lawsuit because Facebook’s efforts to dominate the market were as illegal as they were harmful. Today’s suit should send a clear message to Facebook and every other company that any efforts to stifle competition, reduce innovation, or cut privacy protections will be met with the full force of our offices.”

James asked the court to stop Facebook’s "illegal, anti-competitive conduct and block the company from continuing this behaviour in the future".

The court was also asked to restrain Facebook "from making further acquisitions valued at or in excess of US$10 million without advance notice to the state of New York and other plaintiff states".

"Finally, the court is asked to provide any additional relief it determines is appropriate, including the divestiture or restructuring of illegally acquired companies, or current Facebook assets or business lines," James said.

More in this category: « Consumer groups call for ‘radical’ overhaul of privacy laws Huawei says telco law changes have hit the company very hard »
Share News tips for the iTWire Journalists? Your tip will be anonymous