US semiconductor moves may blow up in its face, says China expert Featured 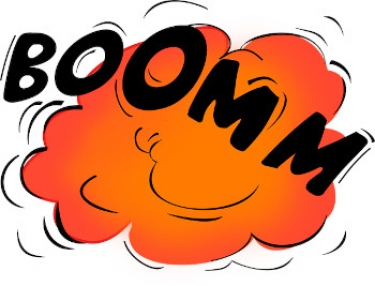 A China expert has predicted that the US Government may end up shooting itself in the foot by weaponising the semiconductor supply chain.

Writing on the website The Wire China, Douglas Fuller, an associate professor at City University of Hong Kong and author of Paper Tigers, Hidden Dragons: Firms and the Political Economy of China’s Technological Development, said the American administration had been trying, since May 2019, to destroy Chinese telecommunications equipment vendor Huawei Technologies, the world's biggest maker of telecommunications gear.

"American national security hawks think that it presents a significant threat: if any telecom network uses Huawei equipment anywhere in the world, they argue, China’s military could interfere with US military overseas operations," Fuller wrote.

"Many security analysts question this thinking by pointing out that a number of nations, including both China and the US, can hack virtually any commercial network – with or without Huawei equipment. But that hasn’t dissuaded the US Government."

He said the first ban, placing Huawei on the Entity List in May last year, had achieved little because there were far too many loopholes. Additionally, the ban led to Huawei's own chip division, HiSilicon, doubling up on its efforts to produce goods that would make the American products unnecessary.

Fuller said the US, frustrated by this failure, had come up with new measures on 15 May.

"This time, Washington changed the rules so that Huawei cannot even employ outside firms, such as renowned Taiwan chip maker Taiwan Semiconductor Manufacturing Company, to make its chips while using American equipment," he explained.

"Since American firms dominate the electronic design automation tools necessary to design chips, as well as most types of machinery needed to fabricate chips, the new rules weaponise the wider semiconductor supply chain. The goal is to kill off Huawei’s access to chips and destroy Huawei’s competitiveness in 5G telecom equipment."

Despite this appearing to be foolproof, Fuller said there were many reasons to believe that weaponising the supply chain would not destroy Huawei. On the contrary, this move could backfire on the US.

"Let’s look at the EDA software for chip design first. The three firms — Cadence, Synopsys and Siemens’ Mentor Graphics — that dominate this industry are either American or have enough American-origin tech to fall under the export control," Fuller pointed out.

"In the short term, then, it would appear Huawei has no viable alternatives and cannot design new chips."

But in reality, he added, Huawei had a number of options. It could hack the software from the EDA firms and these companies might just turn a blind eye since they would prefer to have Huawei using their software rather than wares from a competing entity.

Fuller said another option was for Huawei to set up front companies to work with the EDA sellers. "The EDA vendors, it should be noted, are not passive players in this new regulatory landscape," Fuller said.

"Several have already set up corporate partnerships in China that look suspiciously like they are designed to provide Entity List firms with EDA tools that they can’t receive directly from the American vendors."

However, Fuller identified the most critical factor as the amount of time that Huawei had to find an alternative supply of semiconductors.

"Many of its self-designed chips for its [Huawei's] next two years of products have already been designed," he said. "In other words, it only needs EDA tools to design chips that will appear in its products two years from now.

"Huawei has also been stockpiling large quantities of chips, which could last for a year or more depending on the [type of] chip."

However, what Fuller described as the US national security hawks were not foolish, he said. They knew that cutting off the EDA tool supply would not be enough to block Huawei. Hence, they had designed a policy to prevent Huawei's designs from being made into semiconductors.

"Huawei, like most other tech firms that design chips, relies on external foundries, such as Taiwan’s TSMC, to produce them'" Fuller said.

"These foundries, in turn, are full of American machinery covering virtually the entire production line except for lithography (machines using beams of light to print circuitry designs on wafers — the Netherlands dominates here).

"So, the thinking went, forbidding TSMC or any other foundry from using American equipment to produce for Huawei means that Huawei can’t get its chips produced."

But then he posed a query: "Or does it?"

Despite the American dominance in this industry, Fuller said there were international competitors for every type of machine produced in the US.

"Some insiders believe international competitors, particularly Japanese firms, could eventually replace many American machines in foundries. Conceivably, a foundry without a single piece of American equipment could produce chips for Huawei several years from now," he said.

He said if Huawei needed new semiconductors for new products before a de-Americanised plant came into being, Huawei could try to engage foundries through intermediaries, much as it could do on the EDA side.

"This creates plausible deniability. If the EDA tool vendors and foundries do not know they are working with Huawei, business could continue as usual," Fuller explained.

He said it was possible to argue that the American administration would be able to ferret out these complex corporate manoeuvres to circumvent the Entity List.

"But that probably over-estimates American bureaucratic capacity. Forty years of attacks on American 'big' government — stretching back to the Reagan administration — have led to a deep decline in government capacity," Fuller pointed out.

"Industry insiders report that the Commerce Department’s Bureau of Industry and Security, which is in charge of the Entity List, has next to no supply chain knowledge in semiconductors, and private industry is not exactly lining up to enlighten them on the subject."

He said even if the Entity List ban effectively scared off foundries from producing chips for Huawei, the Chinese firm's past history indicated it could still survive as a major provider of telecom infrastructure equipment.

"Ten years ago, Huawei’s own chip division was a shadow of its future self, and yet Huawei was already the third largest and fiercely competitive telecom equipment firm in the world," Fuller said. "Preventing Huawei’s in-house chips from being produced just means Huawei will revert to relying on more external purchased chips."

He concluded by saying: "If anything, the implications of Washington’s war on Huawei are more dire for American industry. America’s semiconductor manufacturing equipment industry is the last stronghold of American-made machine tools.

"The expanding export controls around the Entity List have already set in motion moves to change that. On a recent investor call, one executive from a prominent maker of such equipment said confidently that the firm would meet this regulatory challenge by moving more production overseas

"A recent internal study by American industry insiders also concluded that the fastest way to de-Americanise a fabrication facility was to simply move production of the American equipment to East Asian countries, including China."