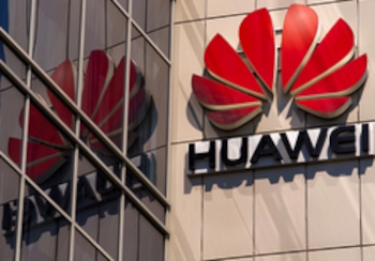 An American official has told India it needs to shut out Chinese vendors Huawei Technologies and ZTE Corporation from the country's forthcoming 5G trials and also remove the companies' gear from other networks.

Greg Kalbaugh, deputy under secretary for policy at the International Trade Administration, a US Department of Commerce agency, told an online event organised by lobby group US India Business Council, in the Indian capital New Delhi: “I would encourage the government of India to review the risk to India’s communications networks to undertake appropriate measures to remove and exclude equipment from Huawei, ZTE, and other untrusted vendors from India’s 5G networks and broader ICT infrastructure."

The Indian publication The Print reported that Kalbaugh said Chinese vendors could not be trusted as they were under the thumb of the country's government.

“As India, the US and many other countries have already experienced, utilising technologies from untrusted vendors that are subject to the control of the government of China is an unacceptable risk,” he said.

“China has used global communications networks to undertake aggressive economic espionage, to stifle free speech, to violate the privacy and personal data of our citizens, and disrupt the operations of other countries’ networks.”

India has already hinted that it may shut out the two Chinese vendors after deadly border clashes earlier this year led to bilateral ties plunged to their lowest point in the last 40 years.

The US has campaigned for more than two years to try and push countries it considers allies to avoid using 5G equipment from Huawei in their networks. Thus far, Australia and Vietnam have said openly that they would follow the US' lead. Sweden recently became the third country to say so openly.

iTWire contacted Huawei Australia for its reaction but the company said it had no comment.

More in this category: « ACCC report finds Google, Facebook increasing take of online ad spend Census to be given test run by 100,000 households on Tuesday night »
Share News tips for the iTWire Journalists? Your tip will be anonymous