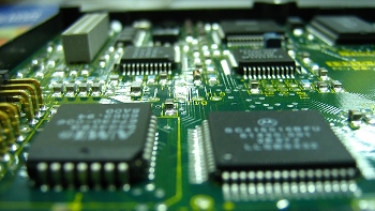 In what is one more indicator of the growing rift between the US and China, a report claims moves are being made by the Trump administration to ask semiconductor giant Taiwan Semiconductor Manufacturing Company, the world's biggest contract chip maker, to set up a factory in the US.

This would mean that the three companies which can make the fastest, most advanced semiconductors — Intel, Samsung and TSMC — would all have units located in the US, according to a report in The Wall Street Journal.

The move towards this scenarios has been exacerbated by the coronavirus pandemic and the growing spat with China, with American analysts seeing Taiwan, where many hi-tech companies are located, seen as an area of dependency that was vulnerable.

The report quoted a Pentagon report from 2019 as saying that China, South Korea and Taiwan "represent a triad of dependency for the entire US digital economy”. And it added, "Taiwan, in particular, represents a single point-of-failure for most of the United States’ largest, most important technology companies".

The obstacle to setting up a commercial chip factory — meaning one that could supply both private and public sector entities — is the enormous cost (close to US$10 billion) and the fact that such units become outdated quite soon.

The trade war against China, which US President Donald Trump kicked off in 2018, has created an atmosphere where the US blames China for most of its own ills, and has translated itself into many anti-Beijing measures.

A substantial number of the moves have been against telecommunications equipment giant Huawei Technologies, given that the company is probably the biggest symbol of Chinese progress in technology.

The most recent measures taken by the US aim to block sales of some optical materials, radar equipment and semiconductors, among others. Additionally, specific restrictions were proposed to limit Huawei from buying semiconductors from TSMC, which it uses in its HiSilicon chip-designing unit.

While strictures placed on Huawei — the company was placed on the US Entity List in May last year — prevent it from buying American products that have more than 25% of locally produced content, some companies have got around this by supplying the Chinese firm from their units outside the US.

In order to prevent this, the Trump administration would have to change its Foreign Direct Product Rule which places some goods made abroad under US regulations if they are based on American technology or software or made using American equipment.

The US now appears to fear supply chain disruptions in the event that relations with China worsen, and the move to have an assured supply of chips of all types appears to have been made in anticipation of such a situation.

While TSMC has been talking to US officials in the Commerce and Defence departments about building a unit in the US, it has also been discussing such a venture with Apple, one of its top customers.

The WSJ quoted the letter as saying: "We currently think it is in the best interest of the United States and of Intel to explore how Intel could operate a commercial US foundry to supply a broad range of microelectronics."

Apart from Intel, American chip firms like Nvidia, AMD, Qualcomm, Xilinx and Broadcom also get advanced chips made by TSMC.