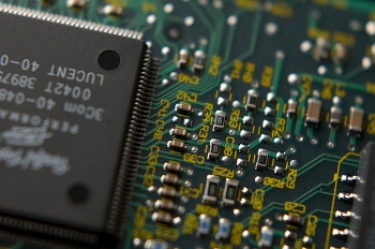 Image by Dan Williams from Pixabay

The US Department of Commerce has imposed sanctions on China's biggest maker of semiconductors, Semiconductor Manufacturing International Corporation, claiming it poses an "unacceptable risk" of its products being diverted to "military end use".

The Financial Times and The Washington Post both reported that the department had sent a letter to American companies telling them they would need a licence from now on if they wanted to export certain products to SMIC.

Both newspapers cited a letter sent by the department to companies as the source. The Post quoted the letter as saying the restrictions would be in place “pending the US Government’s review of SMIC and its subsidiaries".

On 7 September, there was a report that the US was contemplating such restrictions, based on a report that said SMIC was helping Beijing's defence establishment.

However, as iTWire reported, American industry sources had told economist David P. Goldman that SMIC was a bad target as it did not make custom chips for the People's Liberation Army.

Writing in Asia Times, Goldman quoted a consultant as saying: "The Chinese military doesn’t buy custom chips from SMIC. They get them from third parties on order from TSMC [Taiwan Semiconductor Manufacturing Company, the world's biggest fab].

“Most of what the Chinese military uses is off the shelf generic chips, just like the Pentagon. It costs US$500 million (A$711 million) to design a custom chip. The Pentagon doesn’t have the budget for it. Neither does the PLA.

"So SMIC is not mainly for military applications. The WSJ and its sources have bad information. The White House isn’t looking at the facts."

The department letter said the department "has determined that exports to SMIC or its subsidiaries, including those listed above, may pose an unacceptable risk of diversion to a military end use in the People’s Republic of China pending the US government’s review of SMIC and its subsidiaries".

SMIC has not made any public response to reports about the restrictions. However, at the time when it was reported that the US was thinking of imposing curbs, the company issued a statement saying: "SMIC solemnly declares that the company, a public company listed on the Hong Kong Stock Exchange and the Sci-Tech Innovation Board (STAR Market), is an international semiconductor foundry strictly complying with the laws and regulations of all jurisdictions where it performs its businesses.

"Since its inception, the company has been fully compliant with all rules and laws. SMIC has maintained long-term strategic partnerships with multiple US-based semiconductor equipment suppliers. Over the years, the Bureau of Industry and Security [a unit of the US Department of Commerce] has granted numerous export licences for the company.

"With a large and diverse customer base, serving companies in the US, Europe, and other Asian regions, SMIC plays an important role in the global semiconductor supply chain. The company manufactures semiconductors and provides services solely for civilian and commercial end-users and end-uses.

"The company is in complete shock and perplexity to the news. Nevertheless, SMIC is open to sincere and transparent communication with the U.S. Government agencies in hope of resolving potential misunderstandings."

For a number of years now, in fact since 2012 when a 66-page Congressional report on Huawei painted the company as not doing business "the American way", the US administration has been campaigning to have Huawei equipment removed from its networks.

There is plenty of such equipment as it was used liberally during the rollout of 3G and 4G networks in the US, especially in rural areas where Huawei's pricing and attention to getting things working properly before leaving endeared the company to rural network authorities.

In May 2019, the US placed Huawei on its Entity List; American firms cannot sell products made in the US with more than 25% of American content to companies placed on this list without obtaining a licence. But Huawei was able to easily skirt around this restriction by getting products it needed supplied by branches of US firms located outside the physical boundaries of the US.

American companies have no objection to doing business with Huawei; indeed, they are eager not to lose this business because Huawei's orders are in the millions and, often, billions of dollars.

About the only outcome from the Entity List entry to affect Huawei was its inability to continue using the proprietary version of Google's Android mobile operating system; this includes apps like Gmail, Maps, Drive, YouTube, the PlayStore and Photos. Huawei has had to confine itself to using the open-source version of Android, which has none of these apps, and is trying to create replacements.

The US came back in May this year with further restrictions aimed at cutting off Huawei's supply of semiconductors which it gets mostly from Taiwan Semiconductor Manufacturing Company. This was done through the Foreign Direct Product Rule that makes it necessary for any company — American or foreign — that sells American products or those made using American technology to require a permit before selling to Huawei.

In August, the department announced new export control rule changes that would block any company using American equipment or technology from supplying semiconductors to Huawei unless it obtained a waiver.

More in this category: « Canada hints it may be next with media code for digital platforms Government to invest $800 million in digital business plan »
Share News tips for the iTWire Journalists? Your tip will be anonymous