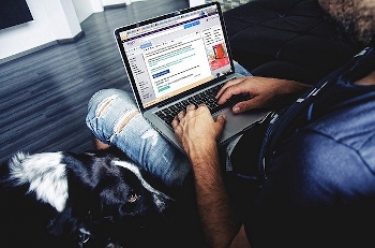 Image by Kevin Phillips from Pixabay

The latest US moves against Huawei will not result in putting the company out of business, but will end up in a decrease in sales to to American businesses that will hurt them, most notably chipset and component firms like Qualcomm, Broadcom and Intel, a wireless technology expert claims.

Dr Monica Paolini, the founder and principal of Senza Fili, a company that provides advisory support on wireless technologies and services, said in an op-ed for the US site Fierce Wireless, the drop in sales could also be experienced by smaller companies like Finisar or Oclaro.

She said there would be worldwide repercussions that would pose specific risks to the wireless indutsry in the US.

The disruption would not be in the semiconductor secotr, Dr Paolini said, adding that if China decided to retailiate then companies like Apple, which gets nearly 15% of its revenue from that country, would be badly hit.

"The Chinese may decide to buy Chinese and ditch their beloved iPhones, even if there is no outright ban on their sales," she said.

The UK broke ranks with the US in January, saying it would allow Huawei to supply up to a third of equipment for non-core parts of its 5G networks but has more recently twice changed stance, once saying it would remove Huawei gear completely by 2023 and later saying it would block the use of such equipment after 2023.

Since then, India, the UAE and Cambodia have said they would allow Huawei to participate in 5G trials.

Dr Paolini saod Huawei would not melt into the shadows if it was not allowed to use US components and IP. Recent rule changes to the Foreign Direct Product Rule mean that products made using American technology or equipment cannot be sold to companies on a Department of Commerce list, unless a licence is obtained.

"It [Huawei] will fight tooth and nail with the support of the Chinese Government and a huge home market – it is a matter of survival and of national pride," Dr Paolini said.

"It may take time, but Huawei will find a way to replace US vendors and to further increase R&D investment to secure a broader IP footprint. Huawei already spends US$8.38 billion (about 15% of revenues) on R&D, nearly twice as much as Ericsson and Nokia combined (US$4.46 billion)."

Other downsides of the US moves could lead to a split in technological standards and a loss of talent coming to the US. "China and other emerging countries such as India have a huge pool of well-educated engineers, software developers and other technologists who might find coming to the US less attractive," Dr Paolini said.

"Many of them may choose to remain in their countries and build a wireless industry less dependent and subservient with the support of local operators and governments. The centre of gravity for technological innovation in the long term may shift away from the US, and protectionism will hasten the pace of this change."

More in this category: « UK telcos cautious on responding to change in govt Huawei policy ASIO chief says he only seeks new laws that are 'proportionate' »
Share News tips for the iTWire Journalists? Your tip will be anonymous