US Govt seeks 120 days for DoD to reconsider Microsoft deal 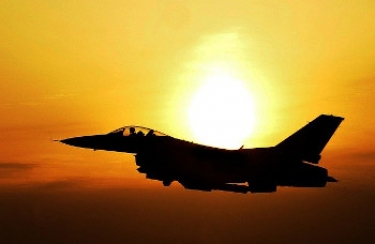 The US Government has asked the Court of Federal Claims to give the Department of Defence 120 days "to reconsider certain aspects of the challenged agency decision" that awarded a US$10 billion Pentagon cloud deal to Microsoft in October 2019.

On February 13, an American court agreed to a request by Amazon to stop Microsoft and the Department of Defence from continuing to work on implementing the deal.

The DoD said it wanted to look again at its evaluation of online marketplace offerings offered by the two companies.

It said while it wanted to have a second look at its decision in the light of the objections raised by Amazon, it did not consider that any clarifications were needed in any other area than the online marketplace offerings.

Amazon has claimed that US President Donald Trump had influenced the awarding of the Joint Enterprise Defence Infrastructure contract, known by its acronym JEDI, to Microsoft because the Washington Post, a newspaper owned by Amazon chief executive Jeff Bezos, has been a harsh critic of Trump.

The president has claimed on more than one occasion that Bezos is behind the criticism of his administration in the Post.

The JEDI contract seeks to unite all Defence services under one cloud vendor, as the CIA did in 2013 with Amazon at a cost of US$600 million.

The first JEDI draft calling for requests for proposals was put out in March 2018, with a formal proposal following after four months.

Apart from Microsoft and Amazon, Oracle and IBM were also in the running, but the contest then narrowed down to two companies. Oracle went to court to protest what it saw as Amazon's being favoured for the deal, but got no joy.

Thanks to The Register for a link to the court document.

More in this category: « New report says F-35 design flaws mounting, but few being fixed Government to teleconference with cutural, creative bodies on effects of COVID-19 »
back to top