US firms find ways to evade ban on selling to Huawei: report Featured 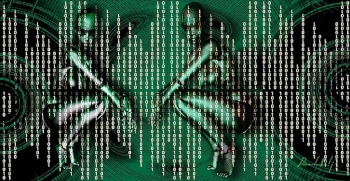 Image by David Bruyland from Pixabay

At least two big American semiconductor manufacturing companies have used loopholes in the US ban on supplying parts to Chinese telecommunications equipment vendor Huawei Technologies and shipped goods to the company from units that operate outside the US.

The New York Times, citing anonymous sources, reported that Intel and Micron were among the American companies that had found ways to evade the ban, imposed on 16 May, beginning about three weeks back.

The Trump administration placed Huawei and 68 of its affiliates on its Entity List on 16 May, meaning that the company would have to seek permission to purchase any American components it needed to manufacture its products.

Micron chief executive Sanjay Mehrotra told investors during a conference call following announcement of the company's third quarter results on Tuesday that shipments of some products to Huawei had resumed in the last fortnight.

"To ensure compliance [with the US ban], Micron immediately suspended shipments to Huawei and began a review of Micron products sold to Huawei to determine whether they are subject to the imposed restrictions," he said.

"Through this review, we determined that we could lawfully resume shipping a subset of current products because they are not subject to Export Administration Regulations and Entity List restrictions We have started shipping some orders of those products to Huawei in the last two weeks."

On 21 May, the US Commerce Department eased some of the restrictions until August, allowing Huawei to maintain and update existing networks and handsets.

Google announced on 20 May it was cutting off Huawei's access to future updates of Google's Android and Google Play Store.

Mehrotra added: "However, there is considerable ongoing uncertainty surrounding the Huawei situation, and we are unable to predict the volumes or time periods over which we’ll be able to ship products to Huawei.

"Micron will continue to comply with all government and legal requirements, just as we do in all our operations globally. Of course, we cannot predict whether additional government actions may further impact our ability to ship to Huawei."

The NYT report said goods made by US firms outside the country were not always considered American-made and suppliers were exploiting this loophole.

Last week, the Semiconductor Industry Association, a lobby group for companies in the sector, issued a statement about the Huawei ban.

"As we have discussed with the US Government, it is now clear some items may be supplied to Huawei consistent with the Entity List and applicable regulations.

"Each company is impacted differently based on their specific products and supply chains, and each company must evaluate how best to conduct its business and remain in compliance.

"Over the longer term, SIA remains concerned restrictions on our ability to sell commercial products in major markets will erode the competitiveness of the US semiconductor industry. We continue to call on the US Government to help advance US semiconductor leadership as it works to preserve US national security.”

Also last week, a report said that American processor firms were lobbying the government to ease the ban on Huawei.

Qualcomm and Intel were among the companies said to be involved in the lobbying effort, the report said, adding that Intel and Xilinx had talked to the Commerce Department in May about the placement of Huawei on the Entity List.

Earlier this month, processor maker Broadcom said it expected to take a hit of US$2 billion in its full-year revenue due to the ban.

Huawei spent about US$70 billion on components worldwide in 2018 and about US$11 billion of that was spent with US companies.

A Huawei spokesperson told iTWire the company was unable to make any further comment.