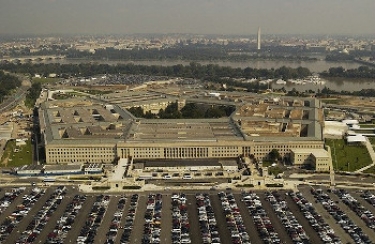 The US Government claims that a number of top Chinese companies, including telecommunications equipment maker Huawei and video surveillance firm Hikvision, are owned or controlled by the Chinese military, Reuters reports.

This would provide the groundwork for Washington to hit these firms with fresh sanctions, the British news agency said, adding the list of 20 companies had been prepared by the Department of Defence.

The DoD compiled the list under a 1999 law that mandated the creation of a list of Chinese military companies which had operations in the US, including those which are owned or controlled by the People's Liberation Army and provide commercial services, or are involved in manufacture, produce or export.

The Reuters report said the presence of a company on this list did would not mean any fresh penalties, but the president could impose sanctions including blocking all property.

As the 3 November US presidential poll approaches, Donald Trump is trailing in the polls and appears desperate to adopt any tactic that will boost his ratings. This may account for this further hyping of the alleged threat from China.

In May last year, the US placed Huawei and Hikvision on its Entity Black List which meant the two firms could not buy any product with more than 25% American content unless the seller obtained a licence.

Last month, the Department of Commerce said it would be raising the stakes by changing the Foreign Direct Product Rule in order to try and block Huawei's purchase of advanced semiconductors which it uses in its smartphones and 5G base stations.

More in this category: « Huawei gets green light to set up £1b research centre in UK Huawei left out in the cold in Singapore as Nokia, Ericsson get 5G deals »
Share News tips for the iTWire Journalists? Your tip will be anonymous