US chip industry will lose in any tech war with China: claim Featured 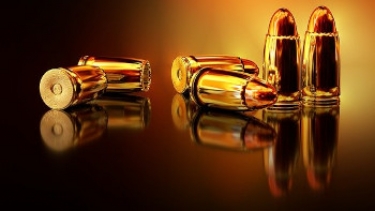 The American semiconductor industry will not survive a tech war with China, both US and Chinese tech industry sources have told the Asia Times, with the only party believing that Washington will prevail being the Trump administration.

Economist David P. Goldman explained that chip companies in the US needed the money that they earned from China to drive research and development, while Beijing merely had to produce rough-and-ready substitutes to meet its own needs.

Goldman's article was written after the news that the US was planning to place restrictions on China's largest chip maker, Semiconductor Manufacturing International Corporation, broke.

He quoted an unnamed official from a big Chinese technology company as saying: "The scenario at the moment is that it’s just a matter of time before [the American chipmakers] don’t survive.”

The official expanded on this by pointing out that China would invest massive amounts in a bid to "displace US chip designers, chip software developers, and chip equipment manufacturers, and drive them out of the market".

Goldman said: "Companies at risk include designers like Qualcomm and Nvidia, chip software developers like Cadence and Synopsis, and equipment makers like Applied Materials, Lam Research and KLA-Tencor.

"The Philadelphia Semiconductor Index lost 5.7%, or US$100 billion (A$138 billion) of market capitalisation, on 4 September following news reports that China was about to launch a massive program to develop so-called third-generation semiconductors as part of a US$1.4 trillion, five-year subsidy plan for tech industries."

There have been at least three predictions from knowledgeable sources after the restrictions placed on Huawei in May that the US would come off second-best in any tech war.

Scott Kennedy, a senior adviser and trustee chair in Chinese Business and Economics at the Centre for Strategic and International Studies in Washington DC, was one; China expert Doug Fuller was the second and the third was the British international magazine, The Economist, which said the May strictures could drive part of the semiconductor industry out of the US, not exactly the outcome that power brokers in the US expected.

But this is the first time that any author has asserted, after additional sanctions were placed on Huawei's chip imports in August, that China would come out on top in a tech stoush.

American industry sources whom Goldman spoke to told him that SMIC was a bad target as it did not make custom chips for the People's Liberation Army, as Washington believes, according to The Wall Street Journal.

One consultant said: "The Chinese military doesn’t buy custom chips from SMIC. They get them from third parties on order from TSMC [Taiwan Semiconductor Manufacturing Company, the world's biggest fab].

“Most of what the Chinese military uses is off the shelf generic chips, just like the Pentagon. It costs US$500 million to design a custom chip. The Pentagon doesn’t have the budget for it. Neither does the PLA.

"So SMIC is not mainly for military applications. The WSJ and its sources have bad information. The White House isn’t looking at the facts."

Goldman wrote that the fact China was such a massive buyer of American technology meant that its factories could sub-contract out a job and make it impossible to track. US software to design chips has been bought in such volumes by Chinese firms that a host of start-ups could be given a single task, he pointed out.

"China is the world’s largest market for semiconductors and semiconductor equipment. Fifty-six percent of Synopsis’ sales and 55% of Cadence’s sales were to foreign purchasers as of the second quarter of 2020," Goldman wrote. Synopsis and Cadence are American companies that make chip design software.

"In the case of chip designers, 92% of Nvidia’s sales and 89% of Qualcomm’s sales were overseas. China imports US$200 billion of semiconductors a year, most of which directly or indirectly contribute to revenues of US designers, software developers and equipment makers," he added.

Goldman explained that at the beginning of the year, the US Department of Defence had vetoed a proposal to place export controls on American semiconductor makers, on the grounds that it would reduce income and force cutbacks in funds for research and development. But the Trump administration went ahead in May and the scenario that the Pentagon had predicted was coming to pass.

He quoted a Chinese executive as saying, “The best case scenario for the Americans is an agreement on market share [in China], in which case the US companies survive. The scenario at the moment is that it’s just a matter of time before they don’t. China doesn’t have to export – they just have to produce for their own consumption and that wipes out the US companies.”

More in this category: « US may place China's main chip maker SMIC on blacklist China has US$1.4T plan to build up chip industry by 2025 »
Share News tips for the iTWire Journalists? Your tip will be anonymous