US bans China Telecom Americas from operating in the country Featured 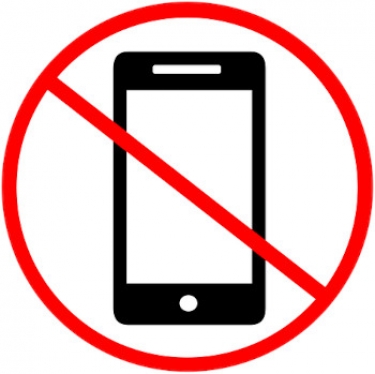 Image by Mashiro Momo from Pixabay

The American Federal Communications Corporation has banned China Telecom (Americas) from operating in the US, claiming it may be a threat to national security.

In a statement, commissioner Brendan Car said the decision was informed by "the views submitted by the Executive Branch agencies with responsibility for national security reviews".

In May 2019, the FCC blocked China Mobile USA from entering the American market, claiming a similar threat. The decision was taken eight years after the company applied for permission to operate mobile services.

China Telecom is one of the top three mobile operators in China, the others being China Mobile and China Unicom.

"They also stated that China Telecom Americas' operations provide opportunities for Chinese state-sponsored actors to engage in espionage and to steal trade secrets and other confidential business information."

Today, the FCC voted to revoke China Telecom America’s Section 214 authority to operate in the U.S. based on national security risks.

Another important step towards addressing the threats posed by Communist China and those that would do its bidding. pic.twitter.com/qDIoIitL0t

On Monday, in a decision apparently driven by fear that a Chinese mobile company would take over Digicel Pacific, Australia's biggest telco, Telstra announced that, along with the Australian Government, it had acquired Digicel's business in the South Pacific region for US$1.6 billion (A$2.14 billion), plus an additional US$250 million depending on how the business fared over the next three years.

Telstra said the government would pay US$1.33 billion of the price, while the company would contribute US$270 million, own and operate the company and own 100% of the ordinary equity.

Carr's statement said: "Indeed, the FCC's own review found that China Telecom Americas poses significant national security concerns due to its control and ownership by the Chinese Government, including its susceptibility to complying with communist China.s intelligence and cyber security laws that are contrary to the interests of the US.

"Our review also found that China Telecom Americas conduct towards the commission and other agencies lacked candour and trustworthiness."

China's biggest telecommunications equipment vendor, Huawei Technologies, was placed on a US blacklist, the so-called Entity List, in May 2019, preventing the company from importing components from American companies without government approval.

Huawei got around this by buying what it needed from branches of American firms in other countries. The only thing it could not source were the proprietary apps that come with Google's Android mobile operating system. It developed its own operating system, HarmonyOS, using the open-source port of Android as a base.

On top of that, new export control rules were imposed by the US Government in August 2020 and these made it well-nigh impossible for Huawei to obtain the SoCs it needs to build its flagship smartphones.

Carr said the FCC should move quickly to close what he called a loophole in the equipment authorisation process to ensure "that equipment from Huawei and other entities that pose a national security risk will no longer be eligible for FCC approval".

Huawei sold Honor to a consortium of 30 dealers and agents, operating under the name Shenzhen Zhixin New Information Technology, for an unspecified sum in November last year.

More in this category: « Senate panel recommendations on digital currencies welcomed US demand for chip firm data aimed at benefitting Intel: claim »
Share News tips for the iTWire Journalists? Your tip will be anonymous