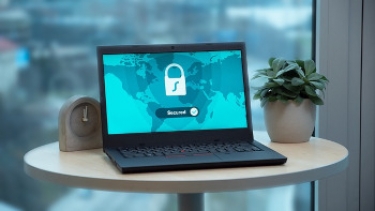 Image by Dan Nelson from Pixabay

ANALYSIS The British Government has given a clear indication that it will launch an advertising blitz to fight Facebook's move to roll out encrypted messaging to all its apps.

The Times reported on Monday that Home Secretary Priti Patel was fully behind the launching of an ad campaign accusing Facebook of "blindfolding" police in their investigations into child sex abuse.

Newspapers, radio and television will run the ads which will try to galvanise public opposition to end-to-end encryption.

The sensitivity of users to reduction of privacy safeguards has been underlined by the shift from WhatsApp to Telegram and Signal after Facebook said it would be changing the privacy provisions for WhatsApp.

At that time, as iTWire reported, even Facebook founder Mark Zuckerberg was found to be using Signal, the messaging app from Open Whisper Systems, which offers end-to-end encryption.

But the best advertisement for the continued use of encryption has come from the Australian Federal Police, with the revelation that it used existing laws to read the encrypted messages of criminal gangs and take them down.

An anti-encryption law was passed in December 2018 and its provisions were used to decrypt messages which were circulated within an app that had been used in a sting. Known as AN0M, the app was put out into circulation by a known criminal and then picked up by various others in the loop.

Despite this, the government pushed through a bill giving even more powers to the AFP and the Australian Criminal Intelligence Commission to obtain three new warrants so they could tackle serious criminal acts online.

Thus, the lack of evidence is unlikely to deter any government which is sufficiently determined to ram legislation through. In Australia, the Labor Party meekly assents to any law that deals with "national security".

"Over the past year, we introduced a number of privacy and safety tools, including more privacy settings, an app lock, safer message requests, message forwarding limits and more," Gail Kent, Messenger policy director, wrote in a blog post.

"We’re also working hard to bring default end-to-end encryption to all of our messaging services. This will protect people’s private messages and mean only the sender and recipient, not even us, can access their messages.

"While we expect to make more progress on default end-to-end encryption for Messenger and Instagram Direct this year, it’s a long-term project and we won’t be fully end-to-end encrypted until sometime in 2022 at the earliest.

"Moreover, the safety features we’ve already introduced are designed to work with end-to-end encryption, and we plan to continue building strong safety features into our services."

The UK already has laws against encryption, the Investigatory Powers Act which is commonly known as the Snoopers Charter. The Australian law was modelled on that legislation.

Facebook ignored British requests to appear before parliament following the Cambridge Analytica affair in April 2018. One should not be surprised if it chooses to give London the finger once again and proceed with its encryption plans.