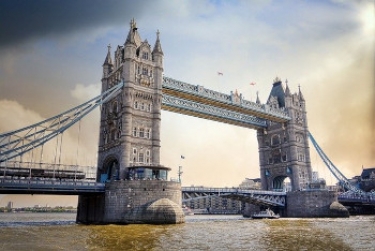 Image by Albrecht Fietz from Pixabay

The UK will announce on Monday that it is bringing forward to September 2021 the date for banning the use of 5G equipment from Chinese telecommunications equipment vendor Huawei Technologies, a report claims.

The British newspaper The Telegraph said on Saturday that Culture Secretary Oliver Dowden would make the announcement in the House of Commons in what it characterised as "a surprise".

In July, the UK said it would ban the use of the Chinese vendor's gear and remove all existing equipment by the end of 2027.

Dowden's expected Monday announcement will coincide with the second reading of the new Telecommunications Security Bill which will put the 2027 date into law.

Following US pressure, applied on Prime Minister Boris Johnson when Washington was approached about a trade deal, Britain agreed to review its earlier stance. New American strictures imposed on Huawei in May have been taken to mean that any risk mitigation which was possible earlier would not be possible now.

There was no specific reason given for advancing the date for removal of the Huawei equipment.

The US has been on a crusade for the last few years, asking countries not to use the company's gear, claiming that it is a security risk, but providing no proof to substantiate these claims.

Huawei, a private company owned by its employees, has always strenuously denied that it is in any way a security risk.

Washington has campaigned for more than two years to try and push countries it considers allies to avoid using 5G equipment from Huawei in their networks. Thus far, Australia and Vietnam have said openly that they would follow the US' lead.

Sweden recently became the third country to say so openly, but a court later suspended sections of a decision that had excluded the company from participating in Swedish spectrum bids. The spectrum auction itself was put on hold.

More in this category: « France goes ahead with 3% digital tax on big tech firms Govt says COVIDSafe app being updated as restrictions ease »
Share News tips for the iTWire Journalists? Your tip will be anonymous