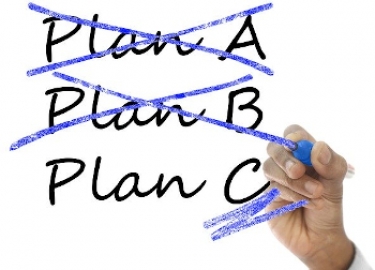 Image by yogesh more from Pixabay

The British Government appears to have changed its mind again on deploying equipment from Chinese telecommunications equipment vendor Huawei Technologies, if a new report is to be believed.

The Times said on Tuesday that ministers now suspected that it would be impossible to rip out all the company's gear from its 5G networks by the end of 2023, and would instead opt for a ban on buying and installing new Huawei equipment from 2023 onwards.

Last Saturday, there were reports that Prime Minister Boris Johnson had decided to accede to a push by rebels in his Conservative Party and agree to rip out all the 5G gear in British networks by the end of 2023.

Four British telcos — Vodafone, O2, EE (a BT unit) and Three — have rolled out networks, and all have used Huawei gear in non-core parts of the network. The companies relied on interim advice from the government of Theresa May, leaked in April 2019, that this would be the government's final stance.

Spanish group Telefonica owns O2 and it has used Huawei’s infrastructure in some of its other networks. O2 has no wide use of Huawei in the UK, but has a network-sharing agreement with Vodafone.

Johnson's change of tack appears to have been due to pressure from the US, a country with which Britain is trying to negotiate a trade deal to make up for the loss of economic opportunities stemming from its leaving the European Union.

Additionally, though the UK is trying to thrash out a trade agreement with the EU, it is feared that it will not get anything decent, given that there is considerable anger among the 27 remaining countries in the alliance against the UK for leaving the bloc.

Major EU nations France and Germany are said to be particularly annoyed at the British decision to leave.

Given this, the US has apparently been able to apply considerable pressure on Johnson and get him to change his Huawei decision.

But it now looks like telecommunications companies have been applying pressure on the government to switch to the stance reported in The Times.

One minister was quoted in the newspaper as saying: "Otherwise we’d be asking BT to essentially rip up the entire fibre optic network. It would make the 2025 broadband pledge impossible.”

BT has already made plans, as far back as 2012, when it acquired the company EE — earlier known as Everything Everywhere — to remove Huawei gear from the core of its 3G and 4G networks.

Additionally, Britain decided quite some time ago not to use any Huawei gear in Wesminster where government offices are based.

The US has been trying for a number of years to get other countries not to use Huawei gear in their 5G networks. Washington has also taken a number of steps to try and curb the company's production of smartphones and 5G base stations.

More in this category: « Second US bid to curb Huawei may end up like the first US seized Chinese-built transformer – but nobody knows why »
Share News tips for the iTWire Journalists? Your tip will be anonymous