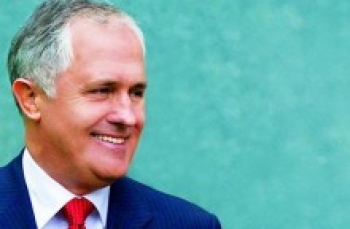 Communications Minister Malcom Turnbull has defended the Government’s plans to make ISPs police the actions of their customers.

Speaking on ABC Radio’s AM current affairs program this morning, Turnbull gave an encouraging sign that the Government is starting to listen to the chorus of voices arguing the restrictions on the availability of content is one of the main causes of piracy.

Here is a lightly edited transcript of some of his interview with host Chris Uhlmann (full interview available here):

Uhlmann: Australians are among the world's most prolific downloaders of illegal videos and music. The Government looks likely to ask Internet service providers to do more to crack down on piracy.

Two years ago Malcolm Turnbull said the High Court had made the right decision when it ruled that one ISP was not liable for the actions of its customers. But now, as Communications Minister, he has released a discussion paper which says the providers should take "reasonable steps" to make sure their customers aren't breaking the law, even when they don't have the direct power to stop them.

Malcolm Turnbull, what is it that you're trying to achieve?

Turnbull: Internet piracy, downloading a movie that you haven't paid for, is theft. It's become a massive problem for the content creators of Australia and right around the world. It is really undermining a very important industry globally. It is simply theft.

Turnbull: There are many schemes around the world, and there's a lot of controversy about what worked. We're looking at something like what they do in New Zealand for example, it's probably the best comparison.

In New Zealand where an ISP is advised by the rights owners that an IP address allocated to your computer at the time you're using it, has downloaded an illegal movie, the ISP is required to send a notice to the account holder. After they've sent three notices of different violations, then it's up to the rights holder, if they want to, to take the customer to court and seek to recover some damages.

Uhlmann: Choice says that what international experience shows is that what's being proposed is high cost and has low results.

Uhlmann: Certainly there are a lot of Australian consumers who feel like they're getting ripped off at the moment. Why do Australians pay 40% more than people in the US to download the top ten movies off Apple’s iTunes store?

Turnbull: That is a very powerful argument. There is an obligation on the content owners. If their concerns are to be taken seriously and if governments are to take action to help them prevent piracy, then they've got to play their part to make their content available universally and affordably.

Uhlmann: What's their reason for that price differential?

Turnbull: I assume it's because they feel they can make money out of it.

Uhlmann: So it's an Australian tax imposed by these providers?

Uhlmann: Well, it doesn't cost any more does it, to download it in the US than in Australia? This is the Internet age.

Uhlmann: Anyone is entitled to sell their products for whatever price they like. That's their right. I'm not suggesting that the Government should be setting prices here, but I am saying that if you want to discourage piracy, the best thing you can do is to make your content available globally, universally and affordably. The music industry is a very good example of this, the way they've responded.

But everybody has to play their part. In the debate that's going to follow this discussion paper the content owners will have to justify why they are charging more to Australians. They've got to make their case too.