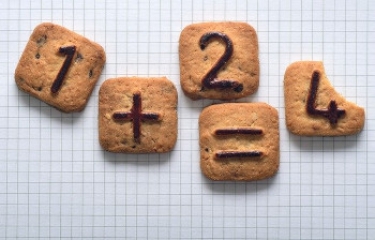 Image by Ulrike Leone from Pixabay

Former prime minister Malcolm Turnbull is wrong to claim that he was the first person to raise the subject of banning Chinese telecommunications equipment vendor Huawei Technologies from bidding to be a supplier for Australia's 5G networks, the company's Australian arm claims.

In a response to comments made by Turnbull on the ABC's Four Corners program on Monday night, a Huawei Australian spokesperson said it was on the public record — in the shape of a report in the Australian Financial Review on 24 February — that Turnbull was briefed by the US National Security Agency and the Department of Homeland Security about their concerns over Huawei being involved in Australia's 5G rollout.

The spokesperson quoted Turnbull as having told Four Corners: "The 5G issue was raised by me with the Americans and that assertion by Huawei is utterly false. It was raised by me when I was in discussions with the administration and it was something that we made a point about, it was a matter of very keen interest to us. I want to say that the proposition that we were directed or advised by the Americans to keep Huawei out of our network by the US is simply not true."

"A further story appeared in the Australian Financial Review on 4 March quoting US Republican Congressman Michael Conway saying that US-Australia intelligence sharing relations would be damaged if Huawei was not banned from 5G in Australia," the spokesperson said.

"We can say with absolute certainty that Huawei Australia was completely unaware of any concerns around our involvement in 5G from the Australian Government until the Australian Financial Review article was published on 24 February."

The spokesperson said Huawei Australia had received a formal letter in August 2015 from Turnbull, who was then communications minister, in which he assured the company that the Telecommunications Sector Security Reforms legislation — under which Huawei would later be banned — "do not apply to suppliers and do not seek to exclude any specific supplier from offering services or equipment to the Australian market".

Proof of Turnbull having conveyed this message to Huawei Australia was attached to the statement sent to iTWire and is reproduced below. 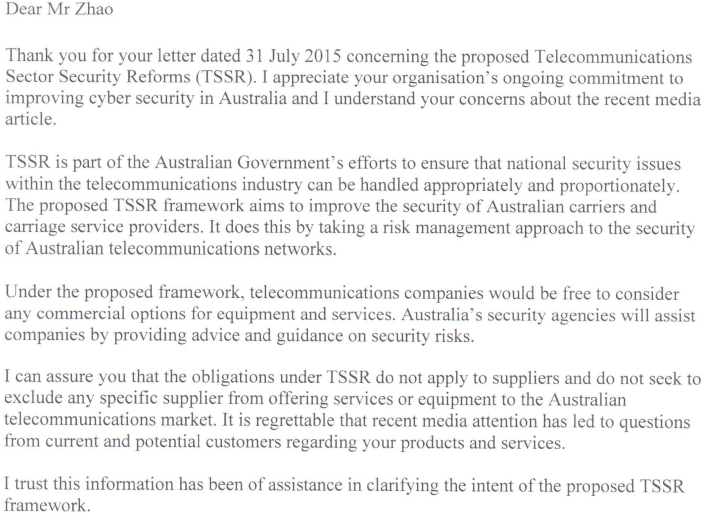 "On this basis by 2018 Huawei Australia had employed hundreds of new staff as we looked to not only secure 5G contracts with our existing 4G customers, Optus and Vodafone, but to also aggressively compete to win 5G business from other telecom operators," the spokesperson said.

"Huawei Australia had already spent tens of millions of dollars engaging in 5G trials in Australia with our 4G customers as well as non-4G customers, employing new staff and installing new 5G trial equipment – we would never have done this if we had been advised there was any prospect of a 5G ban."

The spokesperson said until the 24 February AFR article was published, nobody from the government had expressed any concerns at all to Huawei about its involvement in 5G.

"In addition, none of our network operator customers had received any indication that any 5G ban on Huawei was in prospect," the spokesperson added.

"As we know, the later sudden imposition of the ban placed both Optus and Vodafone at considerable commercial disadvantage to Telstra in the 5G market.

"That being the case, if Turnbull did indeed have any misgivings about Huawei being involved in Australia's 5G, then he should have raised them with us in any of the multiple meetings we had with him or his office prior to his apparently raising them with the US Government in February 2018 – but he most certainly did not do this.

"We fail to understand why Turnbull should raise these concerns with the US Government before he raised them with us - we can only presume this is because there were no concerns about Huawei delivering 5G in Australia until after his visit to the US in February 2018."

More in this category: « Huawei obsession will cause serious damage to US semiconductor industry: expert Turnbull book shows no 'smoking gun' to prompt Huawei 5G ban: Xenophon »
Share News tips for the iTWire Journalists? Your tip will be anonymous