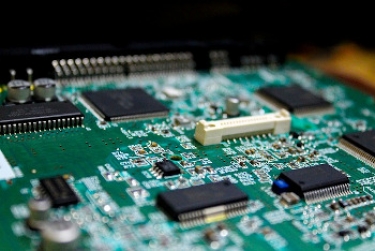 Image by Amol Sharma from Pixabay

ANALYSIS The announcement by Taiwan Semiconductor Manufacturing Company on Friday that it will set up a plant in Arizona to manufacture chips means that it will now be easier for China's Huawei Technologies to obtain semiconductors from the company.

Earlier the same day, the US Department of Commerce said it was putting in place restrictions that would reduce Huawei’s ability to use US technology and software.

The restrictions are changes in the US Foreign Direct Product Rule which places some goods made abroad under US regulations if they are based on American technology or software, or made using American equipment. This is aimed at blocking TSMC from supplying Huawei.

Until now, Huawei, which was placed on a US blacklist a year ago, was obtaining American products from branches of US companies outside the country, using the loophole that allowed it to buy any product which has less than 25% of American-produced content.

TSMC has been wooed to open operations in the US because Washington wants to have all three advanced chip manufacturers — Intel, Samsung and TSMC — making semiconductors in the US to avoid any possible supply chain issues down the line.

The Taiwan firm, the biggest contract chip manufacturer in the world, currently makes 5-nanometre processors and plans to move to 3-nanometre and smaller in coming years. Only two companies can make the fastest, most advanced semiconductors – Samsung and TSMC. Intel may be able to do so by 2021, according to reports.

But TSMC is setting up shop in Arizona only on the condition that it can sell to its foreign customers – else its massive investment will be a waste. The new factory is said to cost about US$12 billion, part of which will come from US sources.

A chip foundry not only requires massive investment to set up, the equipment used is also extremely expensive and has a limited lifespan as the technology used is constantly being updated.

Given that China accounts for about 20% of TSMC's revenue — and that is practically all sales to Huawei — it will be nigh impossible for the US to insist that TSMC not do business with Huawei.

TSMC's first-quarter revenue in 2020 was US$10.3 billion, so one can gauge how big a dollar figure Huawei pays to TSMC. American customers account for about 60% of TSMC's sales.

Despite the public US announcements about restrictions on Huawei, the reality is somewhat different. For example, Microsoft has managed to gain a waiver to sell Windows to Huawei for use on its laptops, though this is admittedly a relatively small slice of the Chinese firm's business.

Google, however, has not succeeded in gaining a waiver to sell its Android mobile operating system to Huawei. Prior to that ban taking effect, Huawei was the globe's second biggest smartphone seller. One could probably put down the difference in treatment to the power of lobbyists in Washington.

There is one more factor that will come into play in the US-China equation. All the noise that US President Donald Trump is making about China at the moment is for one reason only: to get re-elected.

If he gains a second term, it is very likely that Trump will dial down the rhetoric – because his next priority will be to oil the wheels in Beijing so that it becomes easier for him and his progeny to do business there after he leaves the White House.

More in this category: « Taiwan semiconductor firm to set up shop in Arizona: report Huawei slams new US restrictions on chip supplies »
Share News tips for the iTWire Journalists? Your tip will be anonymous