The curious case of the New Zealand CTO 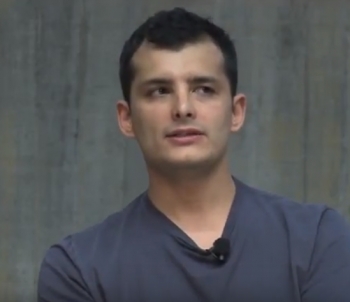 After 60 candidates for New Zealand's national chief technology officer were rejected, a back-channel application produced a job offer followed by the resignation of the minister and then subsequent withdrawal of the role, with significant compensation.

Let's start this saga with a quick summary of the two major players.

Derek Handley is a well-known ad-tech entrepreneur. Born in Hong Kong in 1978, Handley relocated to New Zealand and completed degrees in Commerce and Administration (Finance) and Building Science (Architecture, Design and Environmental Science) at Victoria University of Wellington in the late 90s.

Handley founded The Hyperfactory and was chief executive from 2000 to December 2011. With operations in Auckland, New York, Hong Kong and Los Angeles, The Hyperfactory was described as "one of the first agencies in the world to recognise the power of mobile devices for connecting consumers, brands and mass media".

"The Hyperfactory has won seven Webbys, multiple Clios, and was a part of many Cannes Lion winning campaigns over its time. It was also the most awarded digital agency in the world in the Global Mobile Marketing Awards." In 2011, the Hyperfactory was sold to US-based Meredith Corporation for a price in excess of $10 million. Based on website redirection, it appears that Meredith is now part of Accenture Interactive.

Following the sale of Hyperfactory, Handley founded (and was chairman of) Snakk Media which is currently listed on New Zealand's junior NXT exchange with a market capitalisation of just $813,000. With two rounds of funding, Snakk raised $8.7 million – clearly, the investors are well out of pocket. Although Handley left Snakk prior to the major decline, it may be assumed that some of this mud would have stuck.

During his involvement with Snakk (and later), Handley won a number of awards, including 2009 EY Young Entrepreneur of the Year. Additionally, he worked with Richard Branson and others to create The B Team. Further, he is currently Nazarian Social Innovator in Residence at The Wharton School, and Social Innovator in Residence at Aera Foundation (based in Auckland and New York). Handley is also Adjunct Executive Professor at AUT University

Handley also holds various board or advisory positions at Sky Television (NZ), Air New Zealand and The Arts Foundation of New Zealand. Handley is also associated with Iliad Fund (in New Zealand), Aera VC (in New York) – both investment vehicles, and Human Ventures (also located in New York) which focused on developing people who will create the next technology ventures.

As many have observed (here, for example), Handley's skills are in marketing and self-promotion far more than in the technical details required for a whole-of-government chief information officer role.

[Full disclosure – the writer has also completed a degree at Victoria University of Wellington, but some years earlier than Handley and in an unrelated faculty]

Clare Curran was until a couple of weeks ago the New Zealand Minister for Minister of Broadcasting, Communications, and Digital Media and Minister for Government Digital Services (along with some minor portfolios). Curran announced plans for a whole of government CIO role, but after assessing more than 60 qualified responses, she determined that none were suitable and announced a re-think of the recruitment process.

Curran found herself in trouble over an unrecorded meeting with a senior executive of Radio New Zealand and with a highly embarrassing mis-step in Parliament when trying to explain her use of a private Gmail account to conduct government business, which caused Prime Minister Jacinda Ardern to demote her from cabinet on 24 August.

Citing "relentless pressure" over these events, Curran finally resigned all ministerial roles when it was revealed that she'd had a "secret" meeting with Derek Handley in The Beehive (New Zealand's parliamentary offices) to discuss his interest in the CTO role. This meeting had been kept off Curran's official diary and ministerial staff were not made aware of the meeting.

And so, onto the main saga.

Based on documents and reportage seen by iTWire, it would appear that the intention was to have a "one person ministerial advisory group" that would be appointed by the minister and report directly to her and to the Prime Minister.

Some kind of public servant who wasn't actually a public servant. This role was to attract a salary of NZ$400,000 along with an additional travel budget of NZ$100,000.

For some time prior to the announcement that Handley was to win the role, it was an open secret that the deal had been done. At this point, just about anyone with a valid opinion on the matter was expressing it .

And those opinions were almost entirely in the negative. A couple of quotes extracted from that report linked in the previous paragraph:

"There's more than enough hype around start-ups, blockchain, machine learning and AI … If the CTO role is a figurehead who is meant to continue people's enthusiasm for tech then that's fine. But to me that's super low value."

"None of us really consider him a technologist. He didn't invent new ad formats – Google and Facebook did that. He just sold them."

"I feel a little bit sorry for Derek, he has been a tireless self-promoter for so many years, and obviously really wants the job. But, I'm pretty confident that he would take much more from the job than he would contribute. And that's not what we need."

It would appear that the CTO role was offered and accepted in mid-August and then withdrawn early in the second week of September, immediately after Curran's resignation.

In some kind of summary, Graeme Muller, chief executive of industry body NZTech, said Handley "might or might not have been the perfect choice" for the job".

"But let's not make it about Derek. The government has right royally messed up."

In accordance with the contract, Handley was paid three months salary (NZ$100,000) along with expenses already incurred in relocating from New York to New Zealand.

On 14 September, Handley published a response to the events that had passed titled, "The Role of New Zealand CTO". In it, he notes, "Earlier this week I was deeply disappointed to learn that the government will no longer follow through with their commitment and will not be making that appointment at this time. However, given the unnecessary and sustained lack of transparency around the process and building pressure to rethink the approach, their decision to stop the process is understandable."

Further he wrote, "The CTO role was also tasked with tackling the issue of 'digital inequality' where disenfranchised New Zealanders are being disadvantaged due to lack of digital capability or access. My family and I have decided not to accept the settlement money personally and instead donate the net proceeds towards a fund that supports ideas, programs and grants that seek to tackle this societal issue in creative ways. I welcome collaboration from all communities on how we may do that.

"I am grateful for what I have learned through this experience and appreciate all the voices that care passionately about our future, including those critical of my candidacy as CTO.

"It is only through truly understanding our unique differences and what each of us represent and can bring to the table that we can create better, newer paths forward for our nation. There is considerable opportunity for us as New Zealanders to improve how we go about doing that for each other for a kinder, more inclusive, transparent and open-minded country."

Based on this eloquence, perhaps there's a budding career in politics!

Currently, there is no indication that the recruitment process will be re-started any time soon.

Both Handley and the new Minister for Government Digital Services, Dr Megan Woods, have been contacted for further comment.

More in this category: « Privacy, rights groups urge politicians to reject bill Encryption bill: Telstra, Optus focus on how they will be affected »
back to top