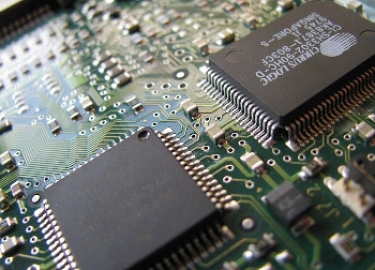 Image by Republica from Pixabay

In what will be seen as a win for US President Donald Trump, the chip manufacturer Taiwan Semiconductor Manufacturing Company is set to announce that it will be opening a factory in Arizona.

The Wall Street Journal reported that the announcement, coming close on the heels of reported talks between TSMC and Washington, would be made later on Friday US time.

TSMC is the world's biggest contract semiconductor maker. The US has been trying to restrict the company's sales to Chinese telecommunications equipment vendor Huawei Technologies which are used in its HiSilicon chip-designing unit.

The coronavirus pandemic has heightened fears about the danger that the US faces from its reliance on China, Taiwan and South Korea for technology imports.

The TSMC factory is expected to cost upwards of US$10 billion and it is unknown at this stage what share the US will assume.

Having a TSMC factory in the US would make it easier for the company to continue supplying silicon to Huawei, something about which the Taiwan firm has been lobbying the US.

The US finalised plans in March to change its Foreign Direct Product Rule which places some goods made abroad under US regulations if they are based on American technology or software, or made using American equipment. This was aimed at blocking TSMC from supplying Huawei.

But once TSMC makes an investment in the US, it would be able to argue that this change of rule would reduce its sales and make it harder for the firm's US operations to be profitable.

TSMC makes 5-nanometre processors and plans to move to 3-nanometre and smaller in coming years.

Only three companies can make the fastest, most advanced semiconductors — Intel, Samsung and TSMC — and once TSMC sets up shop, all would have units located in the US.

More in this category: « US extends ban on use of Huawei, ZTE gear for another year TSMC's US deal will make it easier to supply chips to Huawei »
back to top