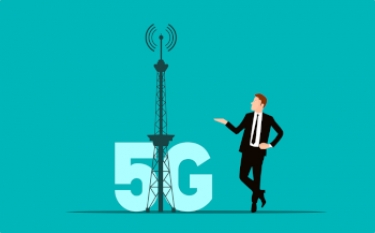 The Swedish Post and Telecom Authority says it plans to resume the country's 5G spectrum auctions on 19 January, after obtaining approval from a court to go ahead with the same, despite the fact that Chinese vendor Huawei Technologies has gone to court over being excluded from the auctions.

The court backed the appeal by PTS, the country's telecommunications regulator, against a ruling that has halted the auction. At the same time, it has given Huawei the go-ahead to continue with its legal challenge against being excluded, according to a Reuters report.

In October, Sweden became the second European country, after the UK, to openly say that it would not allow the use of gear from Huawei and fellow Chinese supplier ZTE Corporation in its 5G networks.

A statement issued by the PTS at the time said four companies — Hi3G Access, Net4Mobility, Telia Sverige and Teracom — had been approved for participation in the 3.5 GHz and 2.3 GHz auctions, with the former set to start on 10 November.

Huawei appealed against the decision and the Stockholm administrative court said on 9 November that certain parts of the PTS decision would not apply.

But PTS said last week that it had been in touch with the participating companies and would go ahead with the auction even though the proceedings would be examined by legal authorities.

Kenneth Fredriksen, Huawei’s executive vice-president, Central East Europe and Nordic Region, said: “There is an ongoing court procedure, for which I think everyone has to just wait and see.”

The auctions have been delayed twice; once for a security review and then due to the Huawei legal action.

Sweden was the third country to say so publicly, but a court later suspended sections of a decision that had excluded Huawei from participating in Swedish spectrum bids. The spectrum auction itself was put on hold until last week.

The UK said in January that it would allow Huawei to bid for up to a third of equipment in non-core parts of the country's 5G networks, but later changed its mind and said all Huawei gear would have to be removed by 2027.

More in this category: « Germany opens door to Huawei, with strict conditions: report New China by-law takes a page out of the American playbook »
Share News tips for the iTWire Journalists? Your tip will be anonymous