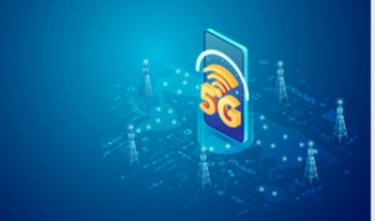 Sweden has become the second country in Europe — the UK was the first — to openly state that it will not be allowing the use of gear from Chinese telecommunications equipment vendors Huawei Technologies and ZTE Corporation in its 5G networks.

A statement issued by the Swedish Post and Telecom Authority on Tuesday said four companies — Hi3G Access, Net4Mobility, Telia Sverige and Teracom — had been approved for participation in the 3.5 GHz and 2.3 GHz auctions, with the former set to start on 10 November.

The ban was based on assessments made by the Swedish Armed Forces and the Swedish Security Service, the PTS said.

Apart from a ban on the use of new equipment from the two Chinese vendors, the PTS said if existing infrastructure was used, then products from these two firms would have to be phased out by 1 January 2025.

It also said that if central functions depended on staff or functions located in foreign countries, then these would have to be replaced by functions or staff located in Sweden by the same date.

"Central functions are here to be understood as functions in the radio access network, the transmission network, the core network and the service and maintenance network that are necessary to maintain network functionality and electronic communication services provided by the licence holder," the statement said.

The US has campaigned for more than two years to try and push countries it considers allies to avoid using 5G equipment from Huawei in their networks. Thus far, Australia and Vietnam have said openly that they would follow the US' lead. Sweden becomes the third country to say so openly.

Contacted for comment, a Huawei Australia representative told iTWire: "Huawei is surprised and disappointed to learn about the licence conditions for operators’ participation in the 3.5 GHz and 2.3 GHz auctions unveiled by the Swedish Post and Telecom Authority.

"Huawei is a private commercial company 100% owned by its employees. There is not any factual ground to support allegations of Huawei posing any security threat. We find the exclusion of Huawei simply based on groundless presumption unfair and unacceptable.

"During our 20 years of operation in Sweden, as with over three decades in 170+ countries and regions around the world, we maintained a proven track record of zero major security incident.

"Huawei has never caused even the slightest shred of threat to Swedish cyber security and never will we. Excluding Huawei will not make Swedish 5G networks any more secure. Rather, competition and innovation will be severely hindered.

"We will assess carefully the impact imposed by PTS’ decision. In the meantime, we hope that the Swedish Government will re-evaluate the decision in the spirit of fair and open market that it has always upheld. We will explore the possibilities of further communications with relevant authorities and remain committed to serving customers and contributing to society locally."