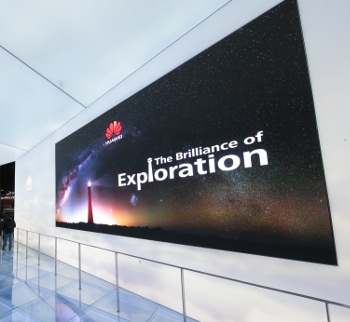 The US Rural Wireless Association has told the Federal Communications Commission that blocking subsidies to Chinese telecommunications companies Huawei and ZTE would affect the deployment of broadband networks in rural areas and also not contribute in any way to national security.

Late last month, the FCC unveiled a formal plan to block subsidies to Huawei and ZTE for gear supplied to rural and small carriers.

FCC chairman Ajit Pai said at the time that under the proposal, the organisation was seeking to bar the use of money from the Universal Service Fund to purchase equipment or services from companies that pose a national security risk.

Money for the Fund comes from small amounts paid by telephone subscribers along with their monthly bills.

The RWA said in a filing that "like the Commission, RWA and its members understand that the communications network supply chain is global. That is why RWA urges the Commission to focus its efforts on the creation of a standards and testing based system, and not on imposing a costly and ultimately ineffective 'country of origin' prohibitory regime that would provide nothing more than a false sense of security."

It said that any "serious defensive national cyber security strategy requires a risk management strategy and programme that address the risk from all suppliers of products and services to government and critical infrastructure, including the communications sector.

Contacted for comment, a Huawei spokesperson said that since entering the US market in 2001, the company had focused on providing local operators with innovative products and solutions.

"We help local operators extend network coverage to under-served rural areas and bridge the digital divide," the spokesperson said. "We are disappointed by the FCC's proposal. If adopted, rural operators will have fewer options available to them, and the consumers and businesses that depend on them will have less access to quality and convenient telecommunications services."

The spokesperson said Huawei had taken the lead in a number of technological domains after 30 years of continuous investment. "This is a great source of pride for us. We work closely with partners across the entire global value chain. We are committed to growing together, engaging in healthy competition, and producing the best possible products and solutions for our customers. These efforts should be recognised, not met with baseless suspicion."

In December, President Donald Trump signed a bill to ban Huawei and ZTE equipment from nuclear weapons systems in the US Defence Department. Last month, Trump also banned a takeover of US processor maker Qualcomm by Singapore-based Broadcom because of national security concerns; Huawei's ties to Broadcom were mentioned as a concern.

In the most recent US move against Huawei, multinational electronics corporation Best Buy said it would no longer stock the company's smartphones.

This comes after AT&T in January cancelled a deal to start selling Huawei smartphones on its plans and Verizon took the company's devices off its shelves.

The Huawei spokesperson claimed US authorities had made allegations against Huawei that simply weren't true. "We pose no security threat in any country. Huawei is a 100% employee-owned company. No government agency has ever tried to intervene in our operations or decisions.

"US authorities should not base regulatory or legislative decisions on speculation and rumour. Our products and solutions are trusted in more than 170 countries and regions. In 30 years, not a single operator has experienced a security issue with our equipment. This includes US operators."

More in this category: « Australia to seek data access agreement with US: report Greens call for GDPR to serve as model for privacy protection »
back to top