Singapore proposes law to crack down on 'fake news' Featured 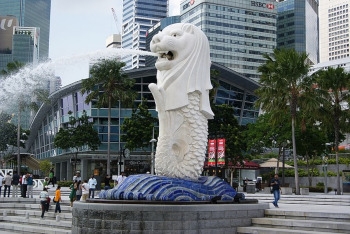 Image by skeeze from Pixabay

Singapore has proposed a law to police social media, with those who spread lies online that harm the public interest to be jailed for 10 years, while companies that host the falsehoods would be fined up to S$1 million (A$1.03 million).

For individuals, the fines will be up to S$20,000 and the jail terms would extend up to a year. The proposed law would be triggered by false information uploaded online provided it was in the public interest for the government to act.

The Protection from Online Falsehoods and Manipulation Bill, tabled in the country's Parliament on Monday, will make it mandatory for social media companies like Facebook to act fast to remove such bogus content, the Straits Times  reported.

The law has been in the works for nearly two years, with the Home Affairs and Law Minister K. Shanmugam telling a conference in June 2017 that the legislation would be introduced the following year.

Pressure has mounted on Facebook, Google and Twitter over the taking down of malicious content after a white supremacist killed 50 Muslims in a mosque in Christchurch on 15 March and live-streamed his act on Facebook.

The footage stayed on the social media site for more than an hour before being taken down. The video was also repeatedly posted to YouTube and spread through links on Twitter.

Australia has spoken of passing legislation to impose jail terms and fines amounting up to 10% of revenue — global or national has not been specified — on companies that do not take down content of this kind within a reasonable period. The legislation has been drafted and given to the Opposition Labor Party on Monday evening.

The Singapore bill was criticised by Facebook, with its Asia-Pacific vice-president for public policy, Simon Milner, saying the company had a duty to give careful consideration to any request to remove alleged misinformation, as the company gave priority to providing the public a place to express themselves freely.

"We will continue to work with the government, industry and our own community on this important issue, and share the same commitment to reduce the spread of deliberate online falsehoods," Milner told the newspaper.

Twitter and Google did not offer any response to the Bill, saying they were still studying its implications.

More in this category: « UK faults Huawei engineering practices, but no ban New Zealand again says Huawei not banned from 5G networks »
Share News tips for the iTWire Journalists? Your tip will be anonymous