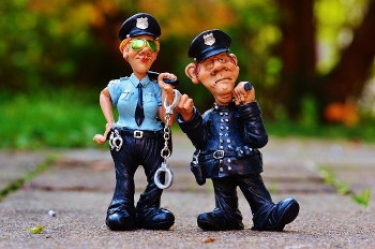 Image by ?Merry Christmas ? from Pixabay

A Senate panel chaired by Tasmanian Labor Senator Helen Polley has said it considers the proposed authorisation of coercive search powers for the Australian Federal Police and Australian Criminal Intelligence Commission in a current bill — the Surveillance Legislation Amendment (Identify and Disrupt) Bill 2020 — could unduly trespass on personal rights and liberties.

The Standing Committee for the Scrutiny of Bills said in its first report for the year that it was essential that legislation enabling coercive search powers be tightly controlled, with sufficient safeguards to protect individual rights and liberties.

The bill, introduced on 3 December, seeks to give the AFP and the ACIC three new warrants in order that they can handle serious criminal acts online.

The three new powers listed are:

The committee said it had concerns about various parts of the bill and requested Home Affairs Minister Peter Dutton to provide detailed advice on:

Regarding the use of coercive powers without a warrant, the committee said no explanation had been provided as to when it would be impractical to apply to a judge or a nominated member of the Administrative Appeals Tribunal for a warrant.

The panel noted that a judge, AAT member or magistrate was not allowed to destroy information obtained by using these power without a warrant.

"...retaining evidence obtained improperly for investigative purposes has serious implications for personal rights and liberties," the committee said. "It is possible that authorisations might be improperly made with the knowledge that the information could still be retained for an investigation.

"It is not clear to the committee that the explanatory memorandum provides sufficient justification for retaining information coercively and covertly obtained by a law enforcement officer in circumstances that have not been approved by a judge, AAT member or magistrate.

Another issue raised was the powers the bill proposed to give law enforcement agencies to conceal their activities after a warrant had ceased to be in force.

"...while the committee acknowledges there may be difficulties in knowing when the process of concealment may be complete, there are scrutiny concerns in allowing agencies to exercise coercive or intrusive powers after a warrant has ceased to be in force," it noted.

The committee said it had scrutiny concerns that the coercive powers in the bill could adversely affect third parties who were not suspected of wrongdoing.

Another aspect of the bill that troubled the panel was the compelling of third parties to provide information. "A person who is capable of complying with the order but fails to do so would be subject to significant penalties of up to 10 years imprisonment, or 600 penalty units, or both," the committee noted.

"These provisions could result in a person not suspected of any wrongdoing being compelled to provide information which could lead to access to their own personal information held on a computer or device, or in relation to an
online account.