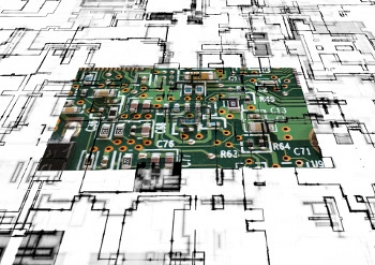 South Korea's Samsung Electronics is considering a deal with Chinese telecommunications equipment maker Huawei Technologies whereby the former would help the Chinese firm obtain its requirement of advanced semiconductors in exchange for Huawei ceding a part of its smartphone market share to Samsung.

A report in Asia Times claimed this would be done by the Chinese firm spinning off its smartphone division.

Analysts told the newspaper that Huawei's profits from its smartphone business were small compared to what it made from its telecommunications equipment business. Samsung sold 59 million handsets in the first quarter of 2020, compared to 49 million for Huawei, 40 million for Apple and 30 million for Xiaomi.

Samsung is said to have already set up a production line for 7nm chips using only Japanese and European chip-making equipment, according to the Electrical Engineering Times.

Only Samsung and Taiwan Semiconductor Manufacturing Company can make 7nm chips, the most advanced at this point in time. Intel may reach the stage of making 7nm chips next year.

The report about a possible Samsung-Huawei deal comes in the wake of the US announcing fresh restrictions which are aimed at preventing Huawei from obtaining the advanced semiconductors it needs for making smartphones and 5G base stations, among other products.

Last month, the US Department of Commerce said it would make changes in its Foreign Direct Product Rule which prevents a company from buying goods that are produced using American technology or equipment, no matter whether the firm making them is American or not.

Strict imposition of this rule would make it impossible for Huawei to obtain chips from Taiwan Semiconductor Manufacturing Company, the world's biggest contract chip manufacturer.

Washington's first attempt, a year ago, to curb Huawei's business was not much of a success, with the only definitive outcome being the success in banning the company from using the proprietary version of Google's Android mobile operating system.

Details of the new restrictions are to be announced in mid-July and the semiconductor industry is lobbying Washington to be flexible about interpretation.

There is a political angle to the reported Samsung-Huawei deal as well. Seoul depends on China to keep North Korea, its unpredictable neighbour, in check. And China is treating the US moves against Huawei as an attack on the country itself.

The UK broke ranks with the US in January, saying it would allow Huawei to supply up to a third of equipment for non-core parts of its 5G networks but has more recently twice changed stance, once saying it would remove Huawei gear completely by 2023 and later saying it would block the use of such equipment after 2023.

Since then, India, the UAE and Cambodia have said they would allow Huawei to participate in 5G trials.

More in this category: « Government rebuffs ‘misleading’ Labor claims on Australia Post regulatory relief US firms allowed to work with Huawei on 5G standards »
Share News tips for the iTWire Journalists? Your tip will be anonymous