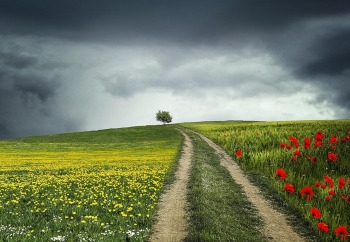 Image by Bessi from Pixabay

The US ban on Huawei is preventing rural wireless operators in the country from upgrading their gear, with many companies that provide service in such areas having used the cheaper equipment that the Chinese company sells.

The New York Times cited the case of Opheim, Montana, where plans to upgrade the wireless service have been put on hold after US President Donald Trump banned the use of equipment from Huawei.

The head of the wireless provider in one area in northeast Montana told the newspaper that without access to the inexpensive Huawei equipment, his company could not undertake the task of building a tower that would service a farm whose owner was unable to transmit a picture of a defective tractor part using Wi-Fi in order obtain a replacement due of a lack of bandwidth.

Efforts to improve wireless services in rural areas in the US had not been successful despite years of work, the NYT said, adding that this was an additional burden for farmers who feared they would have to keep paying inflated prices due to the tariffs imposed on China by the US.

The newspaper quoted one operator, Joseph Franell who runs Eastern Oregon Telecom and uses Huawei equipment, as saying he was thinking of closing shop. “The reason why we are able to serve our customers is because we are mindful of costs. We don’t go out and buy a Lamborghini when you can buy a Ford pick-up," he said.

The report said the Rural Wireless Association, a lobby group that represents 55 small carriers, had estimated that it would cost its members between US$800 million and US$1 billion to replace equipment from Huawei and ZTE, another Chinese company that makes networking equipment and is also banned in the US.

Asked about this during a press conference in Beijing on Monday, Chinese Foreign Ministry spokesperson Lu Kang said: "China and the US have long had friendly co-operation in various sectors, including agriculture. The US farmers and ranchers have been in a rough patch recently, to which their Chinese partners relate deeply to. However, people in this line of business in both countries know clearly that China is not to blame for the current situation.

"The New York Times article... reveals once again that the US Government, by pressuring to the maximum and stoking chaos, has inflicted serious harm on domestic industries and consumers. Some in the US Government are sparing no effort to suppress Huawei without producing even a shred of evidence to convince people at home or abroad.

"At the same time, their actions have had a real impact on American people, including those in various industries as well as consumers. Therefore it is only natural that they have been met with doubts and opposition at home."

More in this category: « Spirit Telecom wins new $1.1 million contract with Victorian Government Huawei seeks summary judgment in case against US Govt »
Share News tips for the iTWire Journalists? Your tip will be anonymous