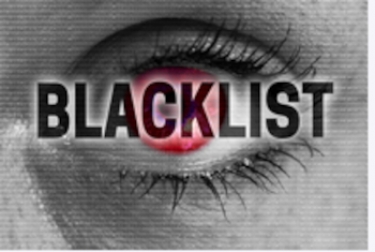 Marco Rubio and Rick Scott (both from Florida) and John Cormyn (Texas) said in a letter to US Commerce Secretary Gina Raimondo that by not adding Honor to the Entity List, "the Biden Administration is allowing a commercial arm of the Chinese Communist Party to evade American export controls and exploit our technological sector".

Huawei, whose top-end smartphone business has been crippled by American sanctions, sold Honor to a consortium of 30 dealers and agents, operating under the name Shenzhen Zhixin New Information Technology, for an unspecified sum in November last year.

“Through a state-administered transaction of Huawei assets to a Shenzhen government-owned firm, Beijing has effectively dodged a critical American export control,” the three senators wrote.

“By failing to act in response, the Department of Commerce risks setting a dangerous precedent and communicating to adversaries that we lack the capacity or willpower to punish blatant financial engineering by an authoritarian regime.

"United States Trade Representative Katherine Tai declared this month that the Biden Administration ‘will use the full range of tools we have… to defend American economic interests from harmful policies and practices.’ Honor provides a clear example of where the Biden Administration can begin doing so. As such, we urge that the Department of Commerce add Honor to its Entity List.”

There have been reports earlier this year that the Pentagon and Energy Department wanted to blacklist Honor, while the Commerce Department and the State Department were opposed.

In September this year, as iTWire reported, Honor became the third highest selling device in China, overtaking Xiaomi. Tarun Pathak, research director of the technology analyst firm Counterpoint Research, commented at the time: ""After being spun off from Huawei, Honor was able to restore ties with component players. Since then, leveraging its strong R&D capabilities, Honor has launched new products and has been on a rapid recovery path in China.

"The Honor 50 series has been an instant success in the mid-segment. Honor is also targeting the premium segment with the Magic series, thus expanding its portfolio across price bands.

"There was also a pent-up demand from the loyal Huawei and Honor consumers who held on to their devices and did not switch to other brands.

"Its strong relationships with distributors also helped Honor relaunch products on a large scale. Honor’s resurrection will further intensify competition in the Chinese market in H2 2021.”

The US has been on the warpath against Huawei for nearly three years now, with its actions in the main aimed against the company's 5G business. Huawei is one among four companies — the others being China's ZTE Corporation, Sweden's Ericsson and Finland's Nokia — that can provide end-to-end equipment for 5G networks.

Washington has claimed, but provided no evidence, that China would be able to spy on countries that use 5G gear from the Chinese firm.

Huawei, for its part, has steadfastly denied that it spies on anyone and has repeatedly offered to open up its source code and set up centres for evaluation of the same at its own cost.

In May 2019. the US placed Huawei on its Entity List, an act that prevented it from obtaining American products without a licence from the Department of Commerce.

Huawei got around this by buying what it needed from branches of American firms in other countries. The only thing it could not source were the proprietary apps that come with Google's Android mobile operating system. It developed its own operating system, HarmonyOS, using the open-source port of Android as a base.

On top of that, new export control rules were imposed by the US Government in August 2020 and these made it well-nigh impossible for Huawei to obtain the SoCs it needs to build its flagship smartphones.

In January, Huawei had to scotch rumours that it was planning to sell its P and Mate flagship smartphone divisions, which would mean the company's exit from the premium smartphone business.

In February this year, as iTWire reported, Huawei was expected to manufacture between 70 million and 80 million units, about a 60% decline from the 189 million units made in 2020.

They said Zhao Ming, a president at Huawei, "had retained his role as head of the newly independent Honor, while numerous other executives, engineers, and other employees from Huawei similarly migrated over".

The trio said: "Zhao has boasted 'We are proud… to reintroduce Honor to the global market,' noting that future Honor products will come equipped with Google Mobile Services. CCP [Chinese Communist Party] propaganda outlet China Daily has reported that the company is 'quickly re-establishing strategic partnerships with some of the world's top suppliers'.”