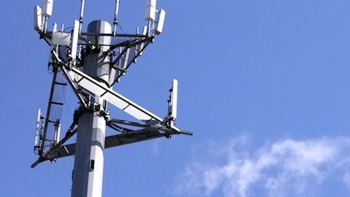 The Government has released its response to the 2011–12 Regional Telecommunications Review, 'Empowering Digital Communities' tabled on 23 May, but has failed to respond positively to the major concerns uncovered by the review: mobile coverage and mobile broadband in particular.

The committee reported: "The predominant concern raised with the committee by regional Australians is the adequacy of mobile voice and broadband services. This issue was raised in every regional consultation and in around two-thirds of the submissions we received...There is strong unmet demand in regional Australia for an expansion of the mobile coverage footprint.

"More than ever, people are demanding broadband through mobile devices. Mobile communications are expected to play an increasingly important role in enabling participation in the digital economy. As well, these devices are increasingly used for social engagement and interactions, so mobile coverage is now a key factor in attracting and retaining staff in rural and remote areas, particularly younger workers."

It expressed this concerns in two recommendations:
- Recommendation 3.1 "DBCDE should be funded to develop a methodology, conduct audits and report on problem mobile phone coverage areas in response to complaints from the public."

- Recommendation 3.2 "The committee recommends a co-investment program, jointly funded by the Commonwealth and interested states or territory governments, to expand the mobile coverage footprint in regional Australia, focusing on priority regions selected with community input. Open-access arrangements for other carriers to tower infrastructure and/or domestic roaming arrangements should be a feature of the program."

In response to 3.1 the Government said: "This recommendation will require further consideration. The Government recognises that there are strong concerns in regional Australia about the mobile phone coverage claims made by carriers." However it did not commit to even giving this recommendation "further consideration", let alone committing to action it.

In response to 3.2 the Government said it was "aware of the importance of mobile phone coverage in regional Australia" and was "undertaking a number of activities which have the potential to increase the regional coverage footprint."

However a potential increase in footprint was not reflected in the "activities" which comprised: "working with industry to improve consumer understanding of mobile coverage limitations including a review of point-of-sale material and complaints processes," and "review[ing] the impact of the NBN fixed wireless network on improving mobile coverage in regional areas before making any commitments to fund a new program to extend mobile coverage."

Releasing the Government's response, communications minister, senator Stephen Conroy said: "I acknowledge the concerns that were raised about mobile coverage in rural and remote areas. The Government encourages NBN Co and mobile carriers to work together to take advantage of the NBN fixed wireless towers to improve mobile coverage across regional Australia."

More in this category: « Greens call for openness around TPPA talks New Zealand back-flips on software patents »
Share News tips for the iTWire Journalists? Your tip will be anonymous