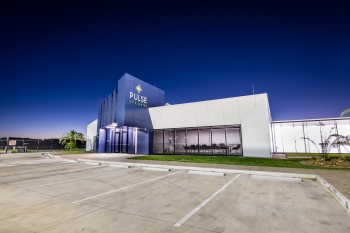 Pulse Data Centre, built by construction firm FKG Group as part of its Toowoomba Technology Park, has been appointed to the official Queensland Government information and communications technology supplier panel for the provision of data centre as a service.

The appointment by CITEC, a division of the Queensland Government’s Department of Housing and Public Works, follows a government review of the recently opened Toowoomba-based centre’s facilities, including a number of site visits along with confirmation of the centre’s Tier III Uptime certification and ISO Quality Certifications (ISO 27001, 14001 and 9001).

Pulse Data Centre general manager Peter Blunt said it should give both government and business clients increased confidence in the centre’s ability to support their data requirements.

“Since our official opening in April 2018, Pulse Data Centre has won recognition as the nation’s first regional tier III data centre, reflecting the trend of large-scale data centres being located in lower-cost areas due to their economical land and building costs, enhanced security and ability to rapidly expand in response to client demand," he said.

“The Queensland Government has a significant annual IT spend and we welcome their support for this Queensland-owned and operated data centre as a sign of their confidence in the state’s capabilities.”

Pulse says the $40 million data centre, constructed by the FKG Group, has continued to attract local, national and international clientele due to its benefits including its location 500 metres above sea level, its value for money proposition to clients and its support for organisational disaster recovery and business continuity planning, along with the facilitating the growth of the fast-expanding Toowoomba regional economy.

Situated on a 30-hectare block, the data centre has immediate access to land for future expansion and also provides direct inland routes to major commercial centres such as Sydney and Brisbane, offering clients a high standard of physically diverse fibre connectivity.

More in this category: « Govt begins trial of myGovID digital identity system US payment card firms losing out to locals in India »
back to top