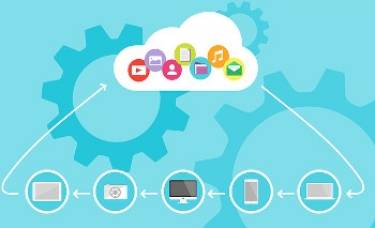 The agency was responding to queries from iTWire over the exit of a senior female staffer, reportedly over the granting of Protected cloud status to Microsoft, and also its refusal to grant a small Australian company similar status even though the firm appears to have met all the necessary specifications.

A report in InnovationAus.com said an ASD staffer, Melissa Osborne, had been responsible for the certification of the first four cloud providers to gain Protected status: Dimension Data, Macquarie Telecom, Sliced Tech and Vault Systems.

She was said to have been overseeing Microsoft's application but, when she refused to grant it on security grounds, was removed from her role by ASD director-general Mike Burgess.

In April, Microsoft was announced as having gained Protected cloud status for its Azure and Office 365 services. Questions were raised about the certification after the ASD issued a consumer guide containing a number of fiats about the services.

An ASD spokesperson said it could "confirm the information related to the alleged removal of the individual [Osborne] is incorrect. The ASD will not comment further on the employment status of its personnel".

From this financial year, the ACSC has become part of the ASD, as part of the reorganisation of government departments following the creation of the ministry of home affairs.

"The versatile nature of cloud technology and the difference in cloud architecture between cloud service providers requires a flexible approach to meeting the security standards," the spokesperson said.

"The ACSC continues to review its cloud certification program to ensure that it protects the security and integrity of government networks and information, and that it meets the requirements of new and emerging technology."

In a post on her LinkedIn page, Osborne denied that Burgess had been responsible for her exit. "Disappointed to read this article blaming DGASD Mr Mike Burgess for my resignation from Defence," she wrote.

"Mike has been nothing but supportive of my career and has provided me with encouragement and mentorship. I was not consulted by the author of the article, nor was Mike."

More in this category: « ZTE, US sign deal for company to resume business Greens 'bewildered' by kerfuffle over Microsoft's Protected cloud status »
Share News tips for the iTWire Journalists? Your tip will be anonymous