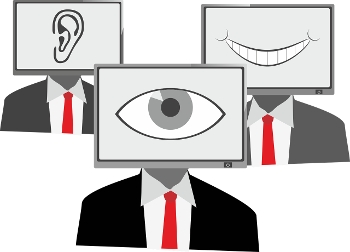 Major privacy organisations in Australia have condemned the decision by the Council of Australian Governments to agree to hand over drivers' licence photos for the creation of a national facial recognition database.

There has been an estimate that setting up such a system would cost hundreds of millions of dollars or even billions.

Australian Privacy Foundation chairman David Vaile said: “This government has proven it is blind and deaf to privacy and personal information security threats. Make no mistake – this database will affect all Australians, even the most conscientious and law-abiding.

"It will likely generate massive ‘false positive’ lists that will flood our very effective police and security services with useless distractions. We’ve already seen calls for ‘scope creep’ to cover welfare enforcement, and there’s every reason to expect this capability will come to be used to identify people with unpaid fines and other minor issues that have nothing whatsoever to do with terrorism.”

Tim Singleton Norton, chairman of Digital Rights Watch said, “This is a gross overreach into the privacy of everyday Australian citizens, and will have huge impacts on the trust in government to manage this database.

"What is urgently needed is proper consultation, evidence and debate - in parliament, with civil society and the public themselves. Whilst we of course must ensure that our law enforcement agencies have the tools necessary to undertake their important work, this should not come at the expense of citizen’s rights to privacy.”

Angus Murray, vice-president of the Queensland Council for Civil Liberties, said, “The protection of the Australian community is fundamentally important – however, this also includes the protection of Australians’ civil liberties and privacy.

"The agreement, and this continued scope creep, clearly highlights the need for the introduction of a tort of serious invasions of privacy and enforceable Human Rights legislation.

"It is incumbent on the Parliament to ensure that the COAG agreement on the National Facial Biometric Matching Capability is demonstrably necessary, adequate and proportionate, and subject to proper public scrutiny.”

Stephen Blanks, president of the NSW Council for Civil Liberties, said, "The community does not yet understand the real implications of facial recognition technology and how fundamentally the way people can access public spaces like airports, sporting facilities and shopping centres will change. When they understand the realities of this technology, people will be very concerned."

Jon Lawrence, executive officer of Electronic Frontiers Australia, said, “This decision is nothing less than a complete betrayal of a fundamental civil liberty of all Australians. If implemented, it will ensure that the presumption of innocence no longer has any effective meaning in this country. Such an untargeted, mass surveillance database is just the latest attempt by governments to categorise everyone as potential suspects, not citizens.”

The statement said the organisations collectively called on "all Australians concerned about this initiative to contact both their state/territory and federal parliamentarians to help them understand that this initiative is an example of government overreach that is simply unacceptable".