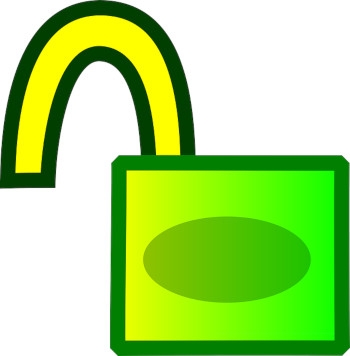 A group of privacy and rights organisations have called on Australian politicians to reject the encryption bill which was introduced into Parliament last week, as it creates insecurity by design which will get in the way of Australian companies who seek to do business in European markets.

The organisations said rejecting the bill was recommended "as this is the most appropriate response to the exposure draft in the opinion of the authors of this submission".

The Department of Home Affairs said the submitters were agreeable to having their submissions published, and that more would follow. The period for public comment on the Telecommunications and Other Legislation Amendment (Assistance and Access) Bill 2018 ended on 10 September after the draft was released on 14 August.

Home Affairs Minister Peter Dutton introduced the bill into Parliament on Thursday last week. The Labor Party has advised caution on proceeding with the bill, while the Greens have said that Australian cyber security "will be significantly diminished by undermining the fundamental principles of end-to-end encryption".

The BSA, the software alliance, a group representing dozens of big software companies, apart from Google and Facebook, has urged judicial oversight and a challenge mechanism for the bill. And three big organisations representing the telecommunications industry, the mobile device makers and Australian IT organisations have warned that cyber security, at large, would be harmed by the bill.

The rights and privacy groups said they had many concerns with the draft bill, in particular that it:

They highlighted the lack of oversight of new powers granted to the director-general of security, the chief officer of an interception agency and the attorney-general to issue new types of orders which could, both directly and indirectly, force communications and technology companies to provide information about how networks are built and how information is stored, or to directly access encrypted data if they had a key.

"Taking this further, the Bill also grants the power to compel companies to engage in actively building new tools and mechanisms at the request of law enforcement agencies," the submission said.

While the right to challenge such orders in court was possible, the process had not been defined, the group said. And as far as the orders issued by the authorities cited earlier went, there was no restriction apart from the requirement that they be "reasonable and proportionate".

The draft bill contains language that is ambiguous, as iTWire  has pointed out on the day it was issued, specifically the use of the word systemic.

It says: "A technical assistance notice or technical capability notice must not have the effect of:

"(a) requiring a designated communications provider to implement or build a systemic weakness, or a systemic vulnerability, into a form of electronic protection; or

"(b) preventing a designated communications provider from rectifying a systemic weakness, or a systemic vulnerability, in a form of electronic protection." (emphasis added)

But the word "systemic" is not defined at any place in the draft.

The rights and privacy bodies also pointed to this lack of specific definitions, saying the draft did not appear to be limited by what “assistance” organisations could be ordered to provide.

"The government claims the legislation specifically forbids activities that would provide a ‘systemic weakness or vulnerability’ into an encrypted system. However, the kind of operation that the government is planning doesn’t require an active creation of a weakness, instead opting for an end-point activation," the submission said.

"Most encrypted services allow you to have multiple devices such as a phone and a computer, which can be end-to-end encrypted between all endpoints. If the government could secretly add a new device to that conversation without your knowledge, it would be building a new door into that encrypted communication."

The scope of the draft bill was so wide, that even companies with little connection to Australia could face fines, the submission claimed. It pointed out that any organisation that did not toe the line on a notice, could be fined $10 million, while an individual could be out of pocket by $50,000 and also face up to 10 years in prison.

More in this category: « Telco bodies, AIIA warn encryption bill could weaken Australia's security The curious case of the New Zealand CTO »
Share News tips for the iTWire Journalists? Your tip will be anonymous