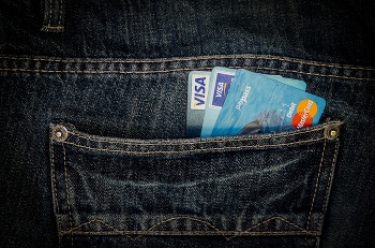 Payment provider Mastercard has become the third company in its sector to be banned from issuing cards in India, with the move coming in July, apparently due to its not adhering to rules on local data storage.

A Reuters report said American Express and Diners Club International had been hit with similar bans in April.

The rules on local data storage — something which many countries have insisted on in recent years — does not affect existing customers of the three providers.

American officials have been in touch with their Indian counterparts seeking what should be done next with regard to Mastercard, according to the report.

Brendan Lynch, deputy assistant US trade representative for South and Central Asia, said in an email: “We’ve started hearing from stakeholders about some pretty draconian measures that the RBI has taken over the past couple days.

“It sounds like some others (Amex, Diners) may have been impacted by similar actions recently,” he wrote asking his colleagues in India to communicate with contacts in the Reserve Bank of India, India's central bank, "to see what’s going on”.

Comment was sought from Mastercard locally, but a company spokesperson said there were no further updates on the situation at the moment.

The issue over storing Indian customer data locally dates back at least three years, with Mastercard, Visa and American Express all seeking to increase their market share in India, a nation that has a sizeable middle class, but is not very advanced in the use of electronic payments.

In August 2018, as iTWire reported, at the time India had demanded all payments data should be stored within the country's physical borders for "unfettered supervisory access".

The data storage issue has not been limited to payment providers, In February that year, Apple agreed to store iCloud data of Chinese customers with a local firm as a condition of doing business in the country.

India has a sizeable amount of black money swishing around, which some estimate as being many times bigger than the national economy.

In November 2016, Indian Prime Minister Narendra Modi took a drastic step to try and counter the use of cash by announcing that currency notes of bigger denominations would be withdrawn from circulation.

According to RBI data from March 2018, Indians spent about US$52 billion (A$71.96 billion) using their 900 million debit and credit cards, roughly double the amount spent in November 2016 at the time of Modi's order.