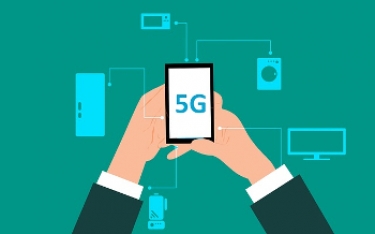 New Zealand telco Spark says the British decision to give Chinese vendor Huawei Technologies a limited role in its 5G networks has not led to "any significant change" in its own rollout.

The British decision, announced on Tuesday, allows Huawei to supply up to 35% of the gear in non-core parts of the network.

Spark's initial 5G proposal, submitted to the General Communications Security Bureau, New Zealand's main spy agency, in 2018, was to use only Huawei equipment. This proposal was knocked back.

Last November, Spark announced that it would maintain a multi-vendor approach, with Nokia, Samsung and Huawei on the roster of preferred radio access network (RAN) suppliers.

This announcement came on the same day as Nokia said it had been signed up by Spark for providing 5G wireless broadband in five South Island locations.

The company plans to have its first 5G mobile service in place by 1 July, with Nokia for the RAN and Cisco and Ericsson equipment for the core.

A Spark spokesperson told iTWire in response to a query: "We are interested to see the UK's approach to allowing Huawei's participation in the UK's 5G mobile networks, while still managing security risks. We will continue to engage with our government to understand its views, while also continuing to pursue our multi-vendor strategy, which we announced last year.

"We already gained government approval for our initial 5G rollout last year using Nokia equipment. For our upcoming 5G rollouts, we will work through the approval process in due course with Nokia and our other RAN vendors, Samsung and Huawei, prior to any deployment of their equipment."

Another provider, 2degrees, has yet to announce its 5G schedule. The company has been using Huawei for both the RAN and core in its 4G network.

The GSCB has been given sole authority to decide the vendors who can supply 5G equipment to New Zealand telcos.

More in this category: « UK gives Huawei limited role in 5G network rollouts US ropes in tech firms in bid to cut Huawei reliance »
BACK TO HOME PAGE
back to top