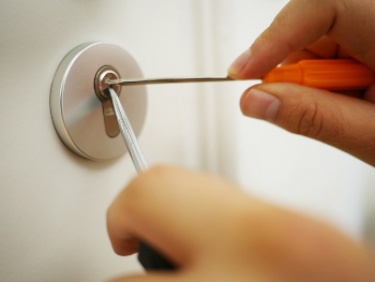 Image by Schluesseldienst from Pixabay

America's National Security Agency has dug its heels in and is refusing to provide information to Democrat Senator Ron Wyden as to whether it is still planting backdoors in commercial products as it was found to have done with Juniper Networks in 2015.

The premier US spy agency changed its rules on these practices after a massive leak of documents in 2013 by NSA whistleblower Edward Snowden showed how widespread the practice was.

Reuters reported that Wyden's aides had said the agency was reluctant to disclose even the gist of the new rules.

It quoted the senator as saying: “Secret encryption backdoors are a threat to national security and the safety of our families – it’s only a matter of time before foreign hackers or criminals exploit them in ways that undermine American national security.

“The government shouldn’t have any role in planting secret backdoors in encryption technology used by Americans."

The NSA would not say anything about the updates to its policies on obtaining special access to commercial products. Officials said the agency had been rebuilding trust with the private sector through such measures as offering warnings about software flaws.

Political opponents of the government's bid to place obstacles in the way of companies using end-to-end encryption are trying to piece together information that could provide additional insight on the downsides of broken encryption before a hearing is held on the government's legislation.

Reports in June said Wyden was pushing for this information and mentioned the case of Juniper where the NSA subverted encryption in its equipment.

Juniper had included code from the NSA in its NetScreen security software which created a means of eavesdropping through its equipment and this had been altered, either by internal or external sources, providing access to traffic from users.

Researchers exposed the change in the Dual Elliptic Curve, a security mechanism that was widely believed to contain a backdoor.

The legislation being pushed by the government, the EARN IT Act, aims to add riders to the use of section 230 of the Communications Decency Act that allows online platforms to escape liability for things their users say and do.

For example, one can sue the person who defamed you on a platform like Twitter, but not the platform itself. An amendment to this section in 2018 has made platforms liable for publishing information designed to facilitate sex trafficking.

The battle for a backdoor into encrypted platforms has been going on since 2016, when the FBI demanded that Apple create a new version of its iOS operating system so that the agency could guess the passcode on an iPhone 5 that was owned by a terrorist.

The case went to court, Apple refused and finally the FBI paid a commercial firm to get the data.

The UK passed legislation in 2016 that would permit the breaking of encryption and Australia followed suit in 2018.

More in this category: « CA calls for restricting state agencies' access to metadata AIIA congratulates Labor QLD Govt re-election victory, says 'much work to do' »
Share News tips for the iTWire Journalists? Your tip will be anonymous