Now you see them... Huawei laptops reappear in Microsoft store 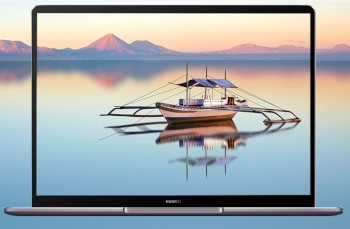 Laptops made by Chinese telecommunications equipment vendor Huawei Technologies have reappeared in the Microsoft Online Store, a little less than a month after they disappeared en masse in the wake of a US ban on the Chinese firm.

Three laptops from Huawei are available from the store as of Tuesday morning AEST: the Matebook X Pro, the MateBook D, and the MateBook 13 53010FKR.

On 22 May, as iTWire reported, Huawei hardware was AWOL from the store. When asked about it, an assistant said this was "because of the operating system issue for it".

iTWire sought comment from Microsoft as to the reason for the sudden reappearance of Huawei laptops.

But the Redmond-based software giant said it was declining comment at this stage. For the record, it gave the exact same reply on 22 May. 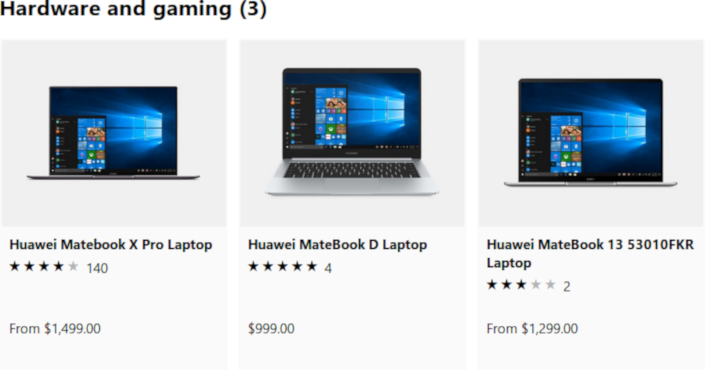 Three Huawei laptops seen in the US Microsoft online store on Tuesday morning.

The US Government placed Huawei and 68 of its affiliates on its Entity List on 16 May, meaning that the company would have to seek permission to purchase any American components it needed to manufacture its products.

Huawei, which is now the second biggest smartphone vendor globally after Samsung, uses a customised version of Android on all its smartphones and tablets.

On 21 May, the US Commerce Department eased some of the restrictions until August, allowing Huawei to maintain and update existing networks and handsets.

Several other US technology companies and others with links to the US have indicated they would not be having any dealings with Huawei. But a report on Monday said some processor manufacturers were lobbying the government to get the ban eased.

More in this category: « Huawei founder says US moves will cost billions in revenue Home Affairs official Noble selected as new head of ACSC »
back to top