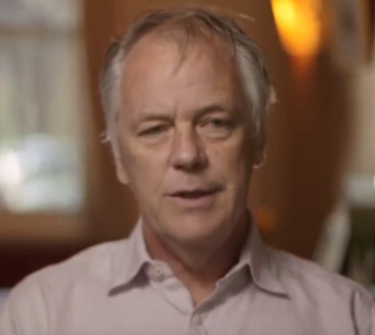 Mark Davis, one of the partners of the legal firm Xenophon!Davis. Courtesy YouTube

One of the partners of a law firm that has been appointed by Chinese telecommunications equipment vendor Huawei Technologies, as a strategic counsel "to defend the company locally against malicious and false attacks designed to cause us reputational damage", says there are no plans to take anyone to court over criticism of the company.

Veteran journalist Mark Davis, who has teamed up with former Centre Alliance Senator Nick Xenophon to form Xenophon!Davis, told iTWire in response to a query that the firm's role would be to correct misleading statements made about the company.

The query was prompted by an article in The Wall Street Journal which cited a number of cases filed by Huawei outside Australia, against what were styled as "overseas critics large and small".

The article gave as examples a defamation complaint in France against a researcher who had claimed that Huawei was controlled by the state.

The company had won a case against a small Lithuanian newspaper that admitted mistranslating a report of a data breach in Africa published by a German magazine.

A third instance cited by the WSJ was a threat by Huawei to sue the government of the Czech Republic for claiming the company's phones were not secure.

The report said the court actions built on a broader public relations push by Huawei. The company has been the target of a sustained campaign by the US Government since 2012, with claims that its 5G equipment could be used for spying by the Chinese Government. Huawei has vehemently denied such claims.

Apart from the US, Australia has banned Huawei from any role in the country's 5G networks. Poland and Japan have hinted at bans but are yet to make any definitive statement.

Davis said that he and Xenophon — the latter gained a reputation for interacting well with the media during his political career — would only seek to correct mischaracterisations.

Asked how the firm would tackle misrepresentations about technical aspects, he said that they would seek input from Huawei's technical experts or else ask external experts for help.

Davis added that legal action would only be considered in the case of repeated, egregious falsehoods being spread about the Chinese firm.

In its statement announcing the appointment of Xenophon!Davis on Monday, Huawei Australia said: "Working with our existing Corporate Affairs team, Xenophon-Davis will help us challenge false and misleading statements made about Huawei by entities with strong vested interests and will also help provide a more fact-based conversation in the national media."

That very day, Xenophon made an appearance on the ABC News' Afternoon Briefing and corrected a number of incorrect assertions about Huawei, made by the host of the program, Patricia Karvelas.

More in this category: « Govt response to digital platforms inquiry report likely to be delayed Germany's Telefónica signs 5G antenna deal with Huawei »
back to top