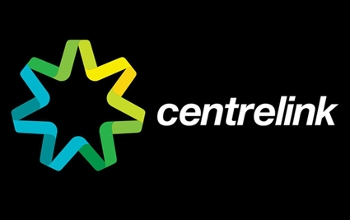 Officials from the Australian Taxation Office are unhappy about the fact that their employer is being linked to Centrelink over the automated debt recovery programme launched by the latter in December.

Senior ATO officials told a Senate Estimates committee looking into the debt recovery effort that all the tax office had done was to hand over taxpayers' data to the Human Services Department.

The data had then been used by Centrelink in its debt recovery programme, the officials said, Fairfax Media reported.

Thousand of Centrelink letters were sent to Australians before Christmas, informing them that their earnings were at variance with what they had declared to the ATO.

They were given up to three weeks to explain, or face an adverse assessment and have to pay a recovery fee of 10%. The extent of inefficiency in government ranks can be judged by the fact that Human Services Minister Alan Tudge himself expressed surprise when told of this recovery fee.

Some letters dealt with payments made six years ago and even earlier. The Centrelink website itself asks people to keep pay slips for six months.

During Wednesday's hearing, the committee was told that only $24 million, of the nearly $300 million that had been claimed by Centrelink from welfare recipients, had been repaid in nearly two months, with some repayments being as little as $5 weekly.

Despite this, Department of Human Services Secretary Kathryn Campbell said there was no intention of stopping the debt recovery programme.

She claimed the biggest challenge in the programme was a the welfare recipients' "failure to engage". Changes to the programme would include using registered mail, simpler language and a better online log-in system.

"The view of the department is that there are a number of refinements that needed to be made, those refinements are being made, and that the system should continue," she said.

Australian Council of Social Services chief executive Cassandra Goldie told the committee that the programme was an abuse of power.

"The impact of this robo-debt system, as it has come to be known, has been to cause extensive distress and suffering right across the community with thousands of people affected," Dr Goldie said.

"In the lead-up to this programme being unleashed there was a perception created that if you do not comply, you may go to jail.

"We believe the actions of the government have culminated in creating a serious climate of fear around this programme."

More in this category: « Publishers say Google pushing them out of Android market Aussies have little faith in govts' use of tech: study »
Share News tips for the iTWire Journalists? Your tip will be anonymous