Morrison to announce $1.3b for offensive cyber security operations Featured 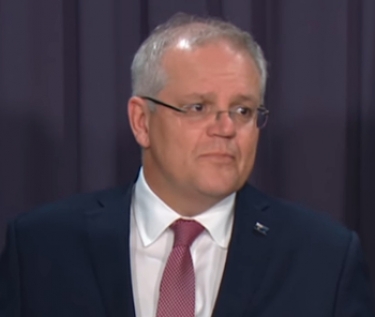 The Australian Government will on Tuesday announce a funding boost of $1.3 billion over the next 10 years for offensive cyber security operations in the wake of accusations by the authorities that China is increasing its cyber focus Down Under.

In a leak to Nine Entertainment newspaper The Age — which Prime Minister Scott Morrison will announce later today — the government said the Australian Signals Directorate would share intelligence with private companies and the government in close to real time. At the moment, information is passed on quite a while after it is obtained.

The ASD will get $31 million to disrupt operations offshore. This is the so-called hacking back tactic that the Americans have been discussing for a while.

A sum of $25 million will be used to create a cyber threat sharing platform for government and the private sector to share information.

The ASD will get another $118 million to expand its data science and intelligence capabilities.

Morrison was quoted by The Age as saying: "The federal government's top priority is protecting our nation's economy, national security and sovereignty. Malicious cyber activity undermines that.

"My government's record investment in our nation's cyber security will help ensure we have the tools and capabilities we need to fight back and keep Australians safe."

This injection of money is part of the new cyber security strategy which Australia has outsourced to the Americans. Kirstjen Nielsen, an American politician, who was secretary of the Department of Homeland Security, is vested with the role of developing the policy along with some sundry Australians.

The details of how the remaining money will be spent will be unveiled today. It is expected that the Australian Cyber Security Centre and the Australian Strategic Policy Institute, the defence industry-funded lobby group that poses as an independent and non-partisan think-tank, will also be benficiaries.

The Age also quoted Defence Minister Linda Reynolds as saying: "The package will put our nation on the front foot in combating cyber threats and our investment in a cyber security workforce will help ensure we have the people we need to meet future cyber challenges.

"For example, this package will enable ASD and Australia's major telecommunications providers to prevent malicious cyber activity from reaching millions of Australians by blocking known malicious websites and computer viruses at speed."

More in this category: « Huawei left out in the cold in Singapore as Nokia, Ericsson get 5G deals Japanese firms leap into breach to supply China after US strictures »
Share News tips for the iTWire Journalists? Your tip will be anonymous