Italy to levy tax on digital firms from 2020 Featured 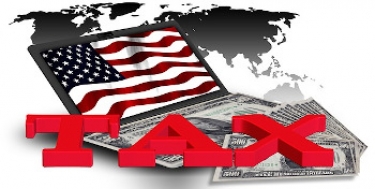 Italy will become the second European country to levy a tax on digital firms, with the country's parliament passing the necessary legislation which will take effect from 1 January 2020.

The Italian tax is similar to one introduced by France earlier this year, and will place a 3% levy on firms which have more than €750 million (US$839 million, A$1.2 billion) in global revenue and at least €5.5 million in Italy.

The Wall Street Journal, which reported the Italian move, said other countries like the UK and Canada were likely to follow the French and Italian examples.

As to how the American Government will react to the Italian move remains to be seen. When France introduced its tax, the US was up in arms.

Initially, Washington said it would launch an inquiry into the tax, in order to "determine whether it is discriminatory or unreasonable and burdens or restricts United States commerce".

But more recently, the US has warned that it may impose a 100% tax on French imports in retaliation.

There have been moves among OECD countries to reach a consensus on a digital tax but as with all agreements sought to be reached among large groupings, no progress has been made.

The Italian tax will be levied on transactions between businesses and services like cloud computing. Companies like Spotify and Netflix will not be taxed.

The measure is forecast to raise about €700 million.

More in this category: « Encryption law: 40% of firms say they have lost sales after passage India gives Huawei go-ahead to take part in 5G trials »
back to top